I have been very blessed in life to meet some truly remarkable people, and some of them are musicians. Among those musicians, a select few have left this planet with a body of work that is so rich and deep that it requires a lot of time, attention, and dedication to fully appreciate their genius.

They were never pop stars or household names; they never had chart-topping hits or thousands of people in the audience. But when you cut through the hype – and see what is real – the joy and happiness in their music that awaits you can be infinite. You forget about all the bullshit that stands between us and pure music.

Among the ones who left us too soon are two very deep souls with whom I just happened to cross paths in life: guitarist Shawn Lane from Memphis, USA and mandolinist U. Shrinivas from Chennai, India. Two musicians who were born continents and cultures apart, grew up in different social circumstances, and under normal circumstances would have never met each other.

Until one miraculous day, the stars in the universe aligned and they connected. The meeting of these two happened only once that I know of, in California, with bassist Jonas Hellborg, percussion maestro Vikku Vinayakram together with his sons V. Selvaganesh and V.Umashankar. I was handed a copy of the video by someone around mid 2000s, and I promised that I would never share it. In the 15 years that have passed, I have “lost” this DVD in my house more than a few times. This year I found it again, and I told myself that I would put it out in the public domain.

I reached out to Selvaganesh and told him about the DVD, and he wanted to see it. I tried to reach Hellborg, but could not. But deep in my heart, I do not think Jonas would mind. Shawn Lane left us in 2003, and U. Shrinivas in 2014. It would be a huge injustice to the world if people did not get to see this concert.

The video does not have the greatest sound or picture, but it’s the only visual proof that this special event happened. Share this with your close friends and like-minded people; and pass it on to younger generations. I hope you will remember these two wonderful musicians. Music is sacred for us, and Shawn Lane and U. Shrinivas were shining stars of our times. 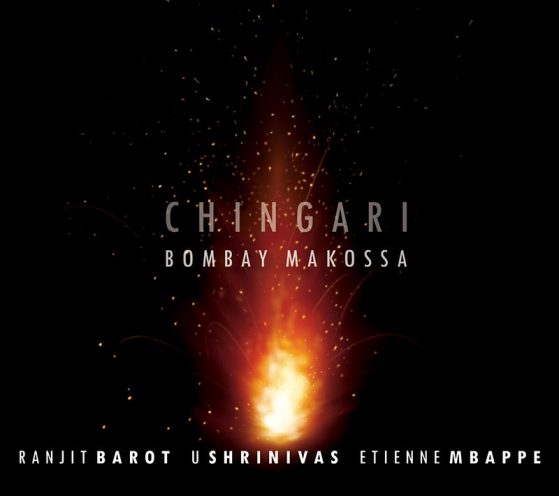 What happens musically with an unconventional yet a stellar meeting of the minds with the super talented Australian singer and keyboardist Rai Thistlethwayte (Knower, Thirsty Merc) , New York’s very own electric Jazz-Blues plectorist Oz Noy and Atlanta based drummer Darren Stanley ( Col.Bruce Hampton, Jimmy Herring) ?
Its called Ozone Squeeze and is one of music’s hottest new bands today that encompasses all the jazz, blues, rock and pop background that these guys brings to the table. Oz Noy, probably the most well known among them all, having made an profound presence in the world of guitar, jazz and blues who has toured or recorded with Eric Johnson, Warren Haynes, John Medeski, Dave Weckl, Keith Carlock, Will Lee, Fred Wesley, Randy Brecker and so many others.

But on this outing Oz Noy takes a different musical approach based around great songs and compositions. We caught up with Oz Noy as he gets ready for this touring hitting major markets- New York, Washington DC, Nashville, Austin, Los Angeles and Philadelphia.

Abstract Logix: There is a certain feeling of fun and funk and still great playing in your new project “Ozone Squeeze”, how did it happen?

Oz Noy: I call this band my Pop Jam-band, the idea was to get great songs, whether is original Rai songs or covers and put the Ozone Squeeze sound on it and able to open them up to improvisation and some sections.

AL: The songs itself seem to be a focus in this project ? Was that the idea?

OZ: Yes, that was the idea of this project, to have it be song oriented band but still with great playing and some space for improvisation.

AL: “Rai Thistlethwayte is a absolute revelation to American audience , how did you hook up with him ?

OZ: He’s amazing! I found him on YouTube. I was actually looking at the some drummer videos and stumble on his video recording in the studio with Matt Chamberlin & Victor Indrizzo, I was blown away.

AL: How did you connect with Darren Stanley, He is one of the hottest young drummer from Col. Bruce Hampton school of music .

OZ: Souvik from Abstract logix turned me onto him, i watched a few YouTube videos and really liked his playing. he’s awesome!

AL: How do you adapt to this format of Ozone Squeeze in comparison to your trio with more traditional jazz-fusion musicians ?

OZ: Its more about playing to the actual song and supporting the song & singer but once it time to open up and solo i can really go where ever i want with it. i would say though, I’m trying to keep my playing more in the box to support the songs. 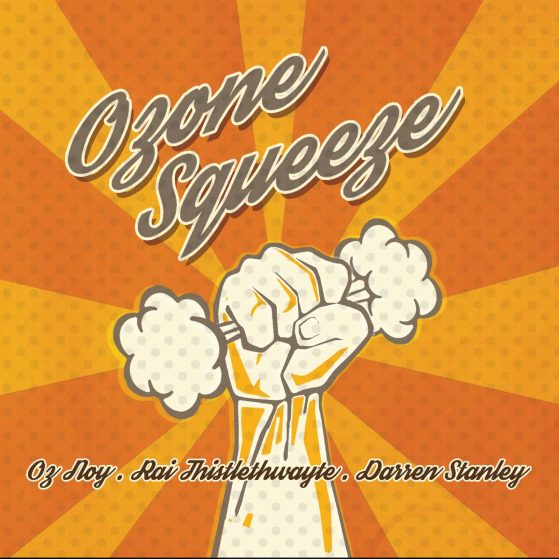