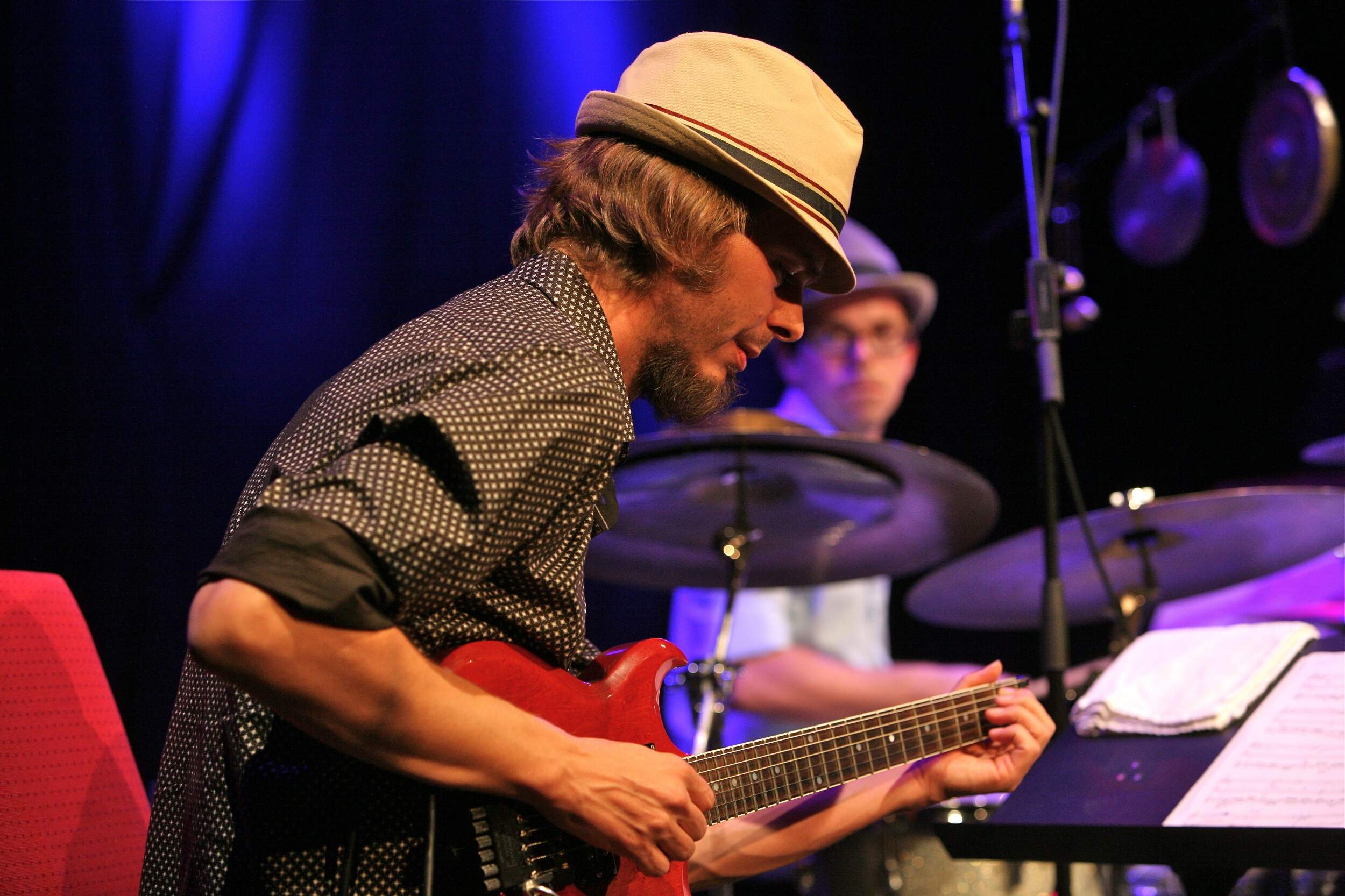 When one thinks of Austria; jazz-rock guitarists don’t usually come to mind. Alexander Machacek wants to change that. Alex has released a stunning new CD called “Featuring Ourselves”. While Machachek maintains a core sound of his own, some of his playing is similar to what you may hear from the guitars of Frank Zappa and Alan Holdsworth. Abstract Logix was able to ask Alex a few questions.

AL: How did you get started?

AM: As a kid I took classical guitar lessons for 6 years but then I became more interested in electric guitar. At the age of 17 I went to the local conservatory and finished there with a degree in Jazz Guitar. Then I attended the Berklee College of Music in Boston for 2 semesters. After this I went back to Austria and studied music education at the conservatory and finished again with a degree.

AL: “Featuring Ourselves” has a unique sound. But, influences can be heard.

AM: I was definitely aware of the fact that one can hear my influences from Holdsworth and Zappa on this CD which was the reason why I thanked them in the additional thanks-section. Alan Holdsworth was a big influence for me. I remember when I first heard him I was completely blown away and I had absolutely no idea what this guy was doing. So I started transcribing some of his solos and learn them. I tried to get every record of his. What I admired so much about Zappa was his sense of humor in many of his compositions and the fact that his bands were always so well prepared/rehearsed. The combination of these qualities will always fascinate and motivate me…unfortunately; they are rarely to be found… Everyone has their heroes. Holdsworth and Zappa are certainly two of mine. I do not try to deny these influences and at the same time I feel that my playing has become more personal.

AL: You have been working with drummer Terry Bozzio?

AM: Gerald Preinfalk and I helped to mount Terry’s premiere of his chamber works at the Jazzfest Wien. In addition to Terry’s compositions, Gerald and I wrote 3 trio tunes which we played during this concert as well. We had a great chemistry going on and decided that we should continue as a trio. In 2001 we recorded a trio CD called “Delete And Roll” and the name of the band was BPM for Bozzio, Preinfalk, Machacek. We played 2 tours in Europe promoting the album. BTW, the CD is available at www.terrybozzio.com. In February this year we played a gig in Austin, Texas but this time with Patrick O’Hearn on bass instead of Gerald. The show was filmed and will be released as DVD this year. The good thing about Terry is that he plays exactly the way I always imagined it to be. We interact so well together. We are definitely musical soul mates.

AL: Did the new album come out the way you wanted it to?

AM: The concept (if there was one…) was to have strong compositions and blowing as well. Almost all the parts were written out (except for the solos, of course!). This was my debut-CD and naturally, I would like to move forward, which I think I have already done with the “Delete And Roll” album. The biggest difference here is that the interaction, the interplay is the main focus which didn’t stop us from performing difficult heads.

AL: How did coming from Austria influence your direction?

AM: Well, I can not yodel. No, seriously… of course I also listen to classical music, which is still a big part of Austrian culture, and I am currently involved in projects with contemporary composers.

AL: How do you find your voice?

AM: I try to distinguish myself by playing what I hear, i.e. by trying to contribute to the music by playing it the way I hear it and not by just letting my fingers do what they would automatically do. Sometimes it works, sometimes it doesn’t. The main thing to me is to be aware of that difference.

AL: What is your approach to writing music?

AM: I am trying to write sing-able or at least recognizable heads. And most of the time I start out just writing rhythms which become melodies later. Sometimes I use the guitar but sometimes I just sing some lines (very slow of course) and program them into my computer and then learn how to play them on the guitar. And BTW I can’t play piano at all I can just program the piano.

AL: Do you have a favorite axe?

AM: Since I don’t have any endorsements, I actually shouldn’t be advertising here, but anyway, mainly I use a cheap Steinberger Spirit guitar (with new pickups and frets in it). The headless format makes it much easier to travel these days and the guitar is very light. On the amplifier side I use a Mesa Boogie (which are ridiculously expensive here in Europe. These amps cost double here in Europe!!!) As for effects I use a Boss GT3, a Line 6 delay.

AL: Do you have any principles you live by?

AM: My principles which I try to live by are Fun!…. Maintaining a sense of humor!….Continuity?? Never taking myself too seriously and never to lose my love for music 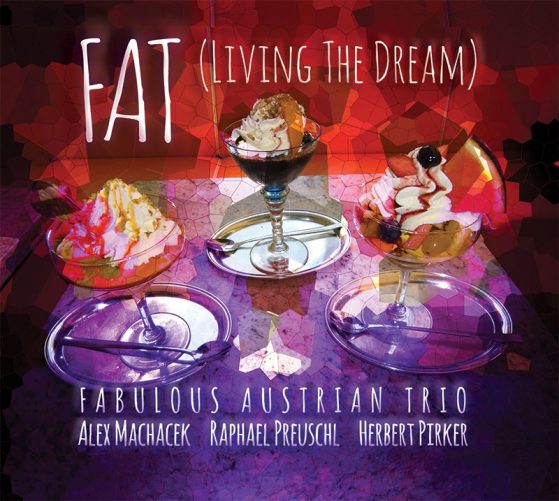