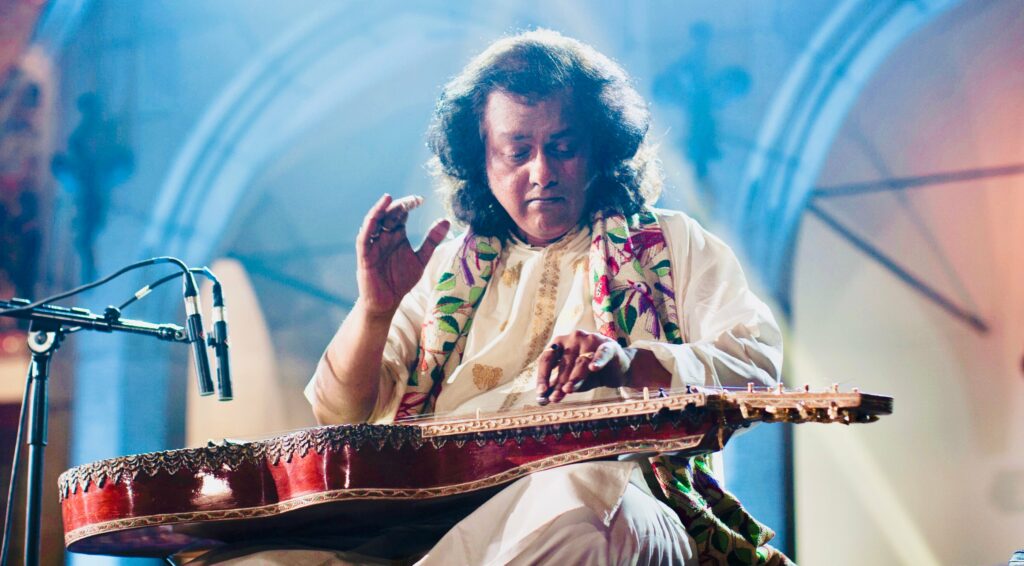 Pandit Debashish Bhattacharya is arguably the greatest slide guitarist in the world. He is an undisputed master of the demanding technique and discipline of both Hindustani classical music and modern world fusion. A “virtuoso’s virtuoso,” he has revolutionized a number of technical aspects of performance on the instrument. He also has designed and patented four types of guitar for performing raga music, which he has named Chaturangui, Gandhravi, Anandi, and Pushpa Veena. These guitars are played lap style, with a small steel bar and finger picks.

Debashish has played extensively around the globe, logging in over 3000 live performances and 27 albums. He has performed both live and on recordings with musical icons such as Ustad Zakir Hussain, John McLaughlin, Jerry Douglas, Derek Trucks, and many other world renowned musicians. In India, he has performed for Pandit Ravi Shankar and also appeared in countless Indian music festivals.

His latest recording “The Sound of the Soul” marks his 28th album, featuring Debashish in an intimate setting with the great percussion masters, Pt. Swapan Chaudhuri on tabla and Pt. Akhilesh Gundechha on pakhawaj. The record includes virtuosic performances of four Hindustani classical pieces, ranging in character from breathtaking high tempo to subtle meditative to lyrical folk. The collaboration among these great artists provides a deeply emotional and intellectually satisfying experience.