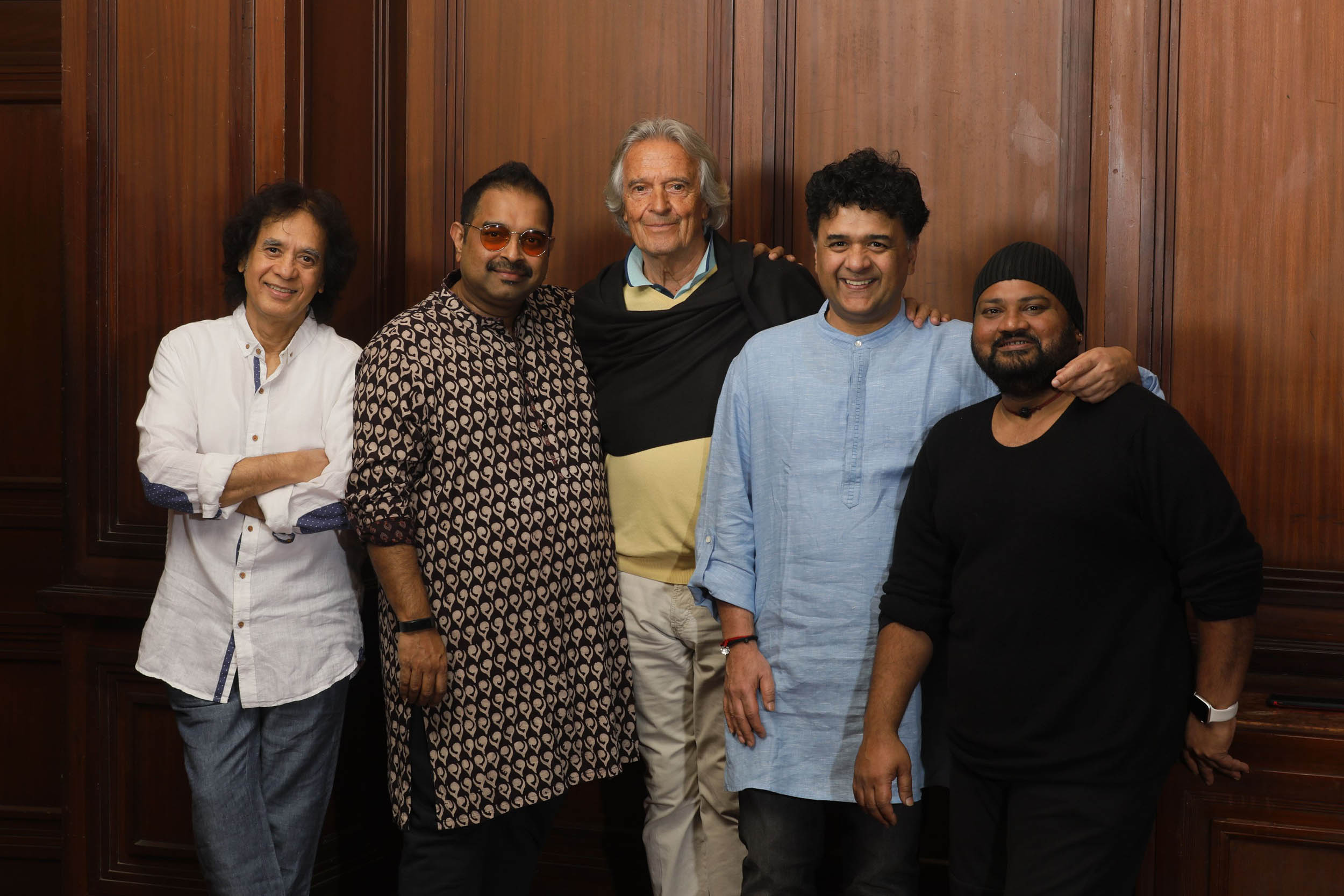 Formed in 1973 by guitarist John McLaughlin and tabla maestro Zakir Hussain, SHAKTI pioneered a groundbreaking East meets West collaboration and played a pivotal role in establishing Fusion music. The violinist L.Shankar and ghatam player T.H. Vikku Vinayakram were part of the original band which toured several years in its original formation around the world to highly acclaimed praise.
For professional reasons, the group disbanded in 1978 and for two decades each of the musicians followed their own highly successful careers and only in the late 90’s was the band reformed with Shankar Mahadevan on vocals, U.Srinivas on mandolin and Selvaganesh Vinayakram replacing his father Vikku. Another creative dimension was brought to the band which was already considered one of the best world music groups.
After the tragic loss in 2014 of Mandolin U. Shrinivas, the group ceased to perform. However, in early 2019 the group once again reformed with violinist Ganesh Rajagopalan for a performance in India. For the musicians this event served as a renaissance of Shakti. With the new formation, it was decided to continue to perform together for special events and bring the magic of Shakti once again to the public.
Shakti returned in 2020 with two sold out concerts, first one in Kolkata, India on January 14, 2020 and the second one in Singapore on January 16, 2020.
The new trio album “Is that So?” with John McLaughlin, Shankar Mahadevan and Zakir Hussain was released worldwide on January 17, 2020. The album has been one of the Top Sellers in World Music category, reaching Number 3 on iTunes World Music charts. It continues to get rave reviews worldwide.
Shakti will return in 2021 with a series of very special concerts in Asia.

As you can imagine, Srinivas is sorely missed. He left an indelible imprint upon all of us in Shakti, one that will last forever. Losing him in 2014 threw all of us musicians into such a sense of loss, that kept us apart for about five years. Until now, when we were ready to start playing together again.