Kirk Covington is one of the most versatile drummers in the world today. His positive and flamboyant energy is infectious and his crowd pleasing personae and vocal ability have been a driving force in the success of seminal electric Jazz Rock outfit Tribal Tech. Kirk Covington was recently in India this January performing as a part of the Scott Kinsey group along with Matthew Garrison on bass and Seamus Blake on saxophone. I caught up with Kirk after the amazing concert.

DB. How was your experience performing in india for the first time?

Kirk: It truly was one of my all time most revealing and greatest tours…..one because it was way too short but both concerts were awesome. Secondly, to see the plight of the really, really poor and downtrodden was very eye opening…..

DB: What is your new album “Slaughterhouse 3” (Abstract Logix) all about and how did it come up?

Kirk: It is simply the on-going efforts of Willis and myself, having met in 1979…he is currently living in Barcelona and has a great sax friend Llibert, who happens to like creating electronic soundscapes on top of playing acoustic, so a trio is kind of viable if you like that minimalist sound.

DB: How was your experience working with Gary Willis and Llibert Fortuny in a trio format?

Kirk: As I said, you have to enjoy a more minimal sound than normal to make it fun….but it is easier for ‘drum n bass’ guys like Willis and myself, plus we have been jammin duo since the beginning and are very used to that.

DB: Did you have any contributions as far as the compositions are concerned?

Kirk: Well, you have to understand that the entire record is a trio jam….. and then some things can either be replaced as a copy or new ideas added in post aka Tribal Tech ‘Thick’ and ‘Rocket Science’ …but very little was added as new ideas on this first “Slaughterhouse” record…so I’m almost a third of the composition.

DB: What are your favorite cuts on this album?

Kirk: It is hard to pick one but ‘Booty Duty’ and ‘Sleep Deprivato’ are kinda cool.

DB: While composing in general what is it that you guys focused on in this album and how did you go about it?

Kirk: It was an ideal spot to record number one, up in the mountains north of Barcelona…and we had an uncanny joint desire to have fun and even have some comedy to keep it light because it can be dark fairly easy.

DB: How different is it from you previous experiences with Tribal Tech?

Kirk: Its almost as simple as the more humans the more difficult the jam….for example, Willis and I have had an ability to jam very easily from day one….add only Kinsey just as easy…add only Henderson, just as easy…..have all four, it starts to become harder and these four musicians had played and toured for over a decade before the first jam record……so its not that easy as you add people, especially musical strangers..

DB: You have been a very integral part of Tribal Tech for a long time, so how would you evaluate your work with it in comparison to your contribution in the trio?

Kirk: I have always tried to bring the same vibe every time I play…its not always feasible but worth the effort…..I rely on the musicianship around me and THE TUNES MAN THE TUNES!!!!!!

DB: What was it like working with Allan Holdsworth, in “None Too Soon”?

Kirk: The truth is I will always be grateful for the call, especially that it might be the only ‘bop’ record he ever does. Who knew he could swing that hard? Gordon Beck was a bit out of place on a piano controller instead of a grand, but nice record…

DB: We all know that you are a powerhouse of energy while on stage, performing, what is the secret?

Kirk: There is no secret really, its just my lifelong approach that drums are based on all four limbs being used, a very physical / musical instrument. My particular energy was there from the first time I was pounding on household items, then my first snare, etc…..

DB: Who and what are your influences?

Kirk: My age is now 50, so musically I was born in a very good time/space graduating HS in 1974….this makes me really part of the jazz / fusion / original rock generation, and believe me I happy about that…..so all the great players from each genre plus the drummers that were fortunate as I have been to be not only great players, BUT IN GREAT BANDS…….Elvin Jones, Mitch Mitchell, Billy Cobham, Dennis Chambers. Trust me, this is only a small sampling of my influences, but you can see how it represents the changes in music through time……again bottom line for me is player / moment / composition

DB: Who is your favorite drummer amongst your contemporaries?

DB: What kind of music would you listen to while relaxing?

DB: While in Kolkata I noticed that you maintained the matched grip. Do you ever play using a traditional grip?

Kirk: I did make a change in my teens to matched, but still occasionally play traditional if I’m playing a small be-bop kit and I want to create a vibe.

DB: I also noticed that you were playing a lot of fast poly rhythmic stuff over a 4/4 groove yet maintaining perfect time. How do you do it?

Kirk: The short answer is years of training just that…..develop the inner clock (pulse) and have complete freedom and independence with all four limbs…..

DB: Being a drummer myself, (although not full time into music) which are the exercises (for both hands and feet and their combinations)one should do in order to handle any drumming situations? Which exercises do you do and how regularly?

Kirk: Again the short answer is for me SINGLES SINGLES SINGLES…….THEN COMPOUND STICKINGS ETC…..Singles training means any grouping or exercise with both hands and feet that is based on singles no bounces…..(very smart to make up your own). Compound meaning the same except include bounces. I will have a book and also a video soon with more details of my training parameters and detailed training exercises.

DB: What do you normally do just before a gig in terms of warm ups?

Kirk: Martial Arts attitude and stretching…breathing…..Martial Arts means the soul and spirit of that which you are trying to achieve. The physical part is the stretching and breathing, the spirit part is about conviction, confidence, and years of training to where the body responds automatically.

DB: Would you ever want to be a part of a metal, hard rock, progressive band?

Kirk: In fact in a way it has always been by virtue of my playing…and yes would still love to do that maybe a tour etc.….

Kirk: Well of course in a dream Louie Armstrong, Count Basie big band, Bach. There are a few players that I still want to record and tour with but am now mostly into flowing with my own stuff.

DB: You have always been a great source of inspiration to me and millions of other drummers all over the world, what according to you is the philosophy of the art of drumming and what would be your advice to us?

Kirk: Number one is that to play drums is to be the HEART of any musical group, therefore it must be approached differently than other instruments…..it is very physical and involves all four limbs and you are the time master so you have to earn your ‘black belts’ in time……

DB: Thanks a lot for your time Kirk. It has been a great experience for me watching the concert with you and Scott Kinsey, Matthew Garrison and Seamus Blake and we hope that you come to see us soon.

About the interviewer:
Debashish Banerji is a drummer and composer of extraordinary talent, hailing from Kolkata, India, and is the founder of the jazz rock fusion outfit URBAN REFLEKTIONS. Being a self taught musician, he has crossed countless milestones over the years since the time he started off in the year 1989 during his high school days. Considered as a prodigy, Debu – as he is known amongst his friends and fans – has performed with a large number of local bands in the country playing for various genres of music, ranging from pop to jazz. He has also had the honour and opportunity to perform with the legendary Mr.Herbie Hancock when he had come down to Kolkata some years back. His prowess as a drummer and composer is extremely refreshing and intelligent and a glimpse of the same can be had from his path breaking Bengali album ‘ “Nagar Ratri” ‘ with his band URBAN REFLEKTIONS, which also received the nomination for the best jazz fusion album in the Zee Bangla Music Awards in 2005. 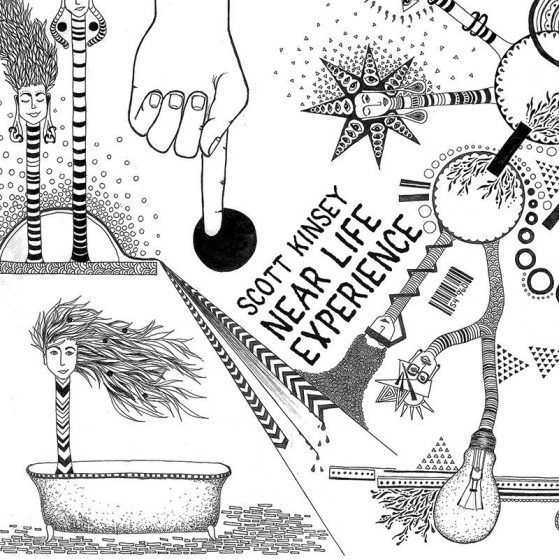