Over the Top with Paul Hanson

Bassoonist Paul Hanson has taken the overlooked and rather snobbish labeled instrument to places never expected. He is leading the way for others to bring this ancient wood out of the orchestral background to stand front and center. Paul recently spoke to Abstract Logix about his career.

AL: For new fans, tell a little bit about yourself and the bassoon.

PH: I’m from Berkeley CA. I was born in San Francisco to a musical family. I learned clarinet and sax first before playing bassoon. The bassoon is a very traditional classical instrument; its claim to fame for most laypersons was that it was called the clown of the orchestra because often humorous parts were played by the bassoon. However, in an orchestra it has had a much bigger repertoire of roles. In baroque music it often doubles the bass line as well as playing melodic parts. Probably the most famous bassoon orchestral solo is the beginning of Rite of Spring by Stravinsky. Most people who know music believe this piece is the most kick-ass piece of 20th Century classical music ever written-it caused riots when it was first performed. There is a lot of good music written for bassoon-more and more in the last 20 years. Not much solo stuff however. What I do with the bassoon runs very contrary to the tradition of the instrument. The bassoon is possibly the least likely instrument to improvise successfully because of its difficulty and lack of loud volume. On saxophone there is one thumb key-on bassoon there are 13 and the overall fingerings are much more awkward. It’s an archaic instrument that has not been modernized as much as the clarinet and saxophone. I also am extra weird as a bassoonist in that I play it with a pickup and effects.

AL: Do you use filters or effects with your Bassoon?

PH: I use a Digitech Studio Vocalist Harmonizer and a Line6 Pod guitar processor/multieffects rackmount unit. They are both in my rack-on the floor I have a Mutron and a stereo volume pedal. That’s it.

AL: Does your playing change from a jazz to rock mode depending upon your setting?

PH: When I’m playing in a strict jazz setting (which is hard to define anyway) I use less effects and go for more of a melodic acoustic sound. It helps not to be playing loudly. I love to play soft enough for me not to use the electric pickup. When I can play on-mic, that’s great for me! When I’m playing in a louder, groove music situation I tend to use the processing more, depending on what I’m trying to do. I often go for more of a textural sound.

AL: What recordings should we be looking for to get an idea of how your Bassoon fits into things?

PH: The latest record that I’ve made as a solo artist, “Voodoo Suite”, is basically an acoustic record with a semi-contemporary classical compositional bent. That’s hard to say 5 times fast. I was going for the space where hip, classical music and jazz meet. The Voodoo part of the record however is definitely the track where I go off on a funky groove and do my electric thing. So its two oppositional types of ideas-one idea being the sense of a classical suite of tunes and the other one being dark, powerful, funky energy. My other solo records were put out by MIDI/Moo Records. They are hard to find but people have found them. “Astro Boy Blues” is really a great funk-fusion record with Peter Erskine, Brian Bromberg, Otmaro Ruiz on keys, David Garibaldi, Kai Eckhardt and Steve Cardenas on guitar. It was recorded by Bernie Kirsh at Mad Hatter in L.A. and has a certain kind of funky sound. There are not too many effects on there-I wasn’t using the effects like overdrive and Mutron like I’m using now. It’s a great players record I think. To snap back into the present-my new band ZENITH PATROL is recording currently. We’re working on a full-length release right now.

AL: Who has inspired you?

PH: I’ll try to keep it to a few words! Hendrix is a huge inspiration. There are some funky things that bassoon can do that sound a bit like an overdriven guitar feeding back. The range of a bassoon is closer to a guitar than a sax. Bach, I believe, is GOD in music. He is just so amazing-words just cannot reach what his notes uncovered. Since I’ve always done a lot of sax playing in jazz contexts, a lot of information has been transferred over to the bassoon.

AL: You mentioned your new project?

PH: Zenith Patrol is a band consisting of me on electric bassoon, Victor Little, Billy Preston, Will Bernard on Bass and Haroun Serang (Vernon Reed, Bill Laswell) on guitars, loops and production. We’ve featured a number of outstanding drummers on record and live at shows. The sound has a drum-n-bass rhythmic feel, but with melodies and soloing over equal parts funk and trance textures. Wow-how’s that for a description? You can check us out at www.zenithpatrol.com.

PH: I feel honored to be mentioned in this way-but it’s a lot to live up to. Those guys are all incredible innovators. To me is not based on how advanced they are technically (BOY ARE THEY!) but how innovative they are conceptually-that’s what made them really original. My wife is a bassoonist also-she’s one of the only people out there who REALLY knows how difficult the instrument is. Often she’ll hear me solo- to the audience it just sounds like a good, strong solo like many others you hear by all sorts of instruments. When a bassoonist hears it- they hear how impossible it is compared to what’s been played by the instrument in the past. I can’t really compete with others on the basis of playing louder, higher, faster. I just try to add something with a different voice in the best way I know how for the musical vibration at hand. 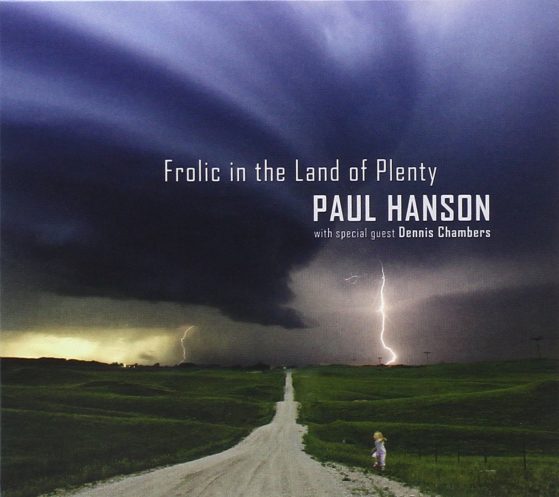 Paul Hanson: Frolic in the Land of Plenty