For over 40 years Anthony Jackson has been the bassist’s bassist; the man most admired by his peers for his groundbreaking groove work in jazz and pop with the likes of Billy Paul, the O’Jays, Buddy Rich, Roberta Flack, Chaka Khan, Chick Corea, Steely Dan, Donald Fagen, Paul Simon, Al DiMeola, Quincy Jones, Steve Khan’s Eyewitness, Luther Vandross, Lee Ritenour, Michel Petrucciani, Pat Metheny, Michel Camilo, Mike Stern and Wayne Krantz. Jackson’s conception and invention of the 6-string contrabass guitar led to further lauding from his low-end colleagues and resulted in the global standardization of extended-range basses, changing the sound of contemporary music from the bottom up. Additionally, Anthony’s landmark use of a pick and flanger pedal on the O’Jays’ smash, “For the Love of Money,” revealed a unique sound and approach that remains one of his signatures. About the only milestone missing from Jackson’s remarkable career is a solo album. Being neither a composer, nor known for taking solos, however, Anthony has resisted countless offers (beginning with one from Quincy Jones in 1978). Until now.

In 2007, Jackson’s close friend, celebrated Greek composer/bassist Yiorgos Fakanas, proposed a project featuring the two bass men, for which he would compose contemporary chamber music utilizing a rhythm section, horn section and string quintet. Jackson would then be able to define his role. This appealed to Anthony’s uncompromising commitment to artistry, and he consented, choosing two of his strengths: Reviving and advancing his picking technique to fully interpret Fakanas’s extremely challenging melodies (including double tracking them, often an octave apart), and providing the written as well as improvised bass lines behind soloists—a skill at which he is without equal. Fakanas, highly accomplished in his own right, would contribute all (five) of the bass solos. Recorded in 2009, in Athens and Connecticut, the CD brings together many of Greece’s finest jazz and classical musicians—including alto saxophonist Takis Patarelis and trombonist Antonis Andreou—while starring such international heavyweights as drummer Dave Weckl, guitarist Frank Gambale, keyboardist Mitch Forman and saxophonist Tony Lakatos.

Another of Anthony’s fortes is afforded by the Afro-Cuban-edged “Caldera.” First flawlessly performing the twin melodies incorporating multiple octaves, Jackson next delivers clave-informed fundamental through improvised tumbaos behind the soloists. For the graceful “Ionio II,” Anthony calls upon his superior sense of touch and dynamics to blend the more difficult melodic passages into the overall hue, as well as to gradually build to a hard-swinging walk behind Forman’s piano turn. Surging to a dramatic finish, the disc-closing “Parhelia” finds maestros Fakanas and Jackson teaming for the funky, finger-busting lead, while also boasting Fakanas’s finest solo and support work. All credit is due Fakanas for recognizing Jackson’s original voice and for creating a touchstone vehicle for his one-of-a-kind talent. “Interspirit”’s impact is immediate, while its deep layers demand repeated listenings. Either way, spread the word: Anthony Jackson’s solo statement has arrived! 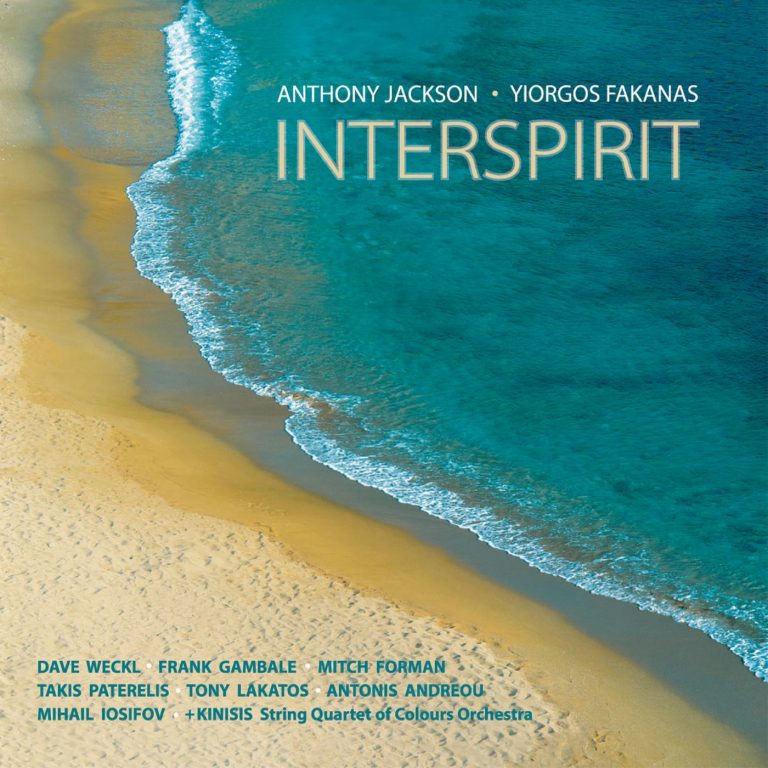 RELEASE DATE: MARCH 16, 2010
All About JazzReview by Ian Patterson
Read More
"Although receiving billing as Anthony Jackson's first solo CD in a career spanning four decades, this is really a tale of two bassists. Greek bassist/composer Yiorgos Fakanas wrote all the music on Interspirit and takes all five bass solos. The music, however, was composed with the formidably talented Jackson in mind, and his legions of admirers will be delighted by his improvised and composed bass lines. His playing demands close listening behind the multi-instrument orchestration, plying fusion and funk with complex melodic and harmonic lines, often played at a pace.."
Buy
Itunes-note Amazon Bandcamp

"All credit is due Fakanas for recognizing Jackson's original voice and for creating a touchstone vehicle for his one-of-a-kind talent." 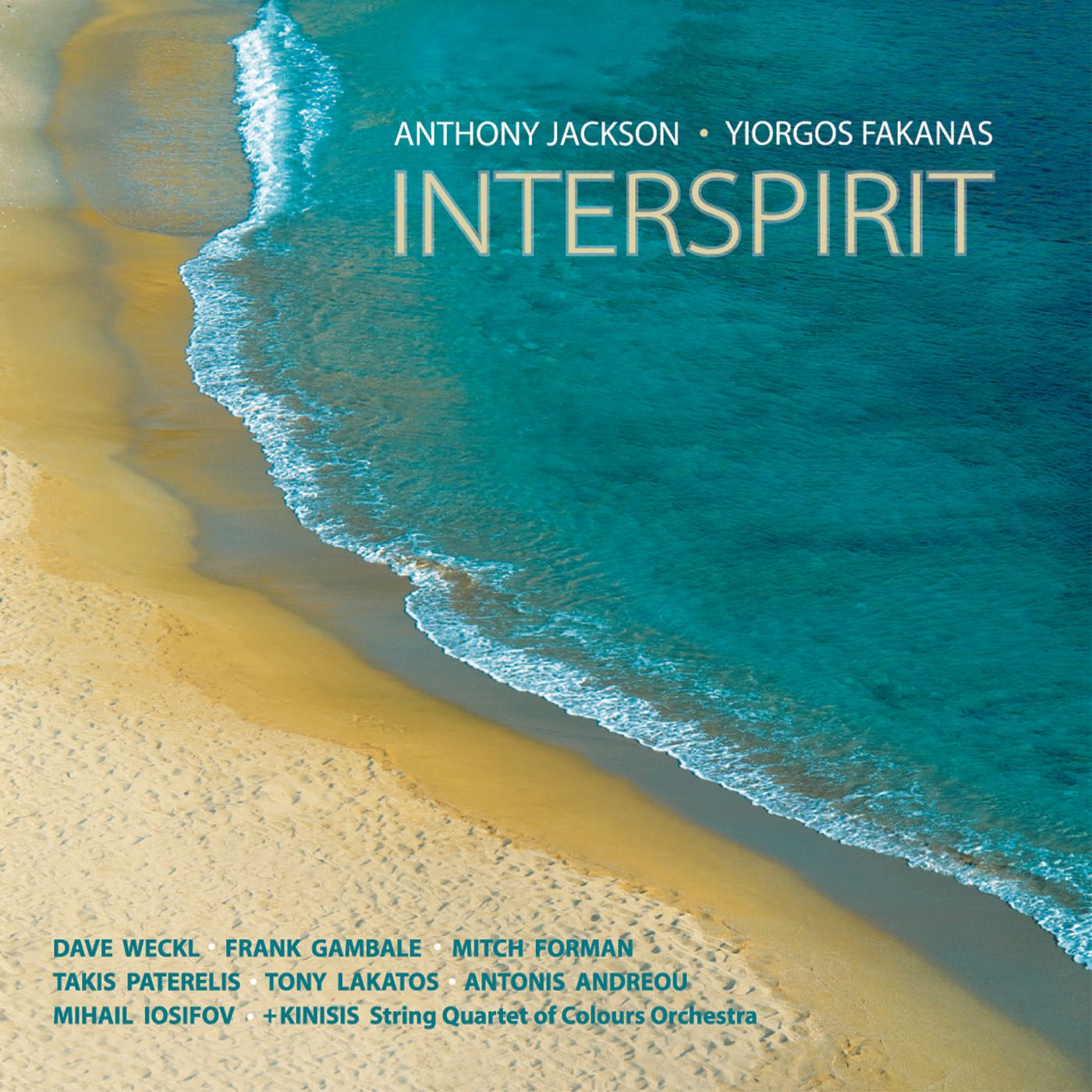