Each a giant in their respective spheres, the three members of Chingari have joined forces to explore an unprecedented synthesis of international traditions on their debut album “Bombay Makossa”. Available September 16, 2014, on Abstract Logix, “Bombay Makossa” fuses the rhythmic intricacy and improvisational fervor of South Indian Carnatic music with the infectious buoyancy of Cameroonian sounds, bridged by a shared love of jazz, second-line funk, and the shimmering textures and grooves of modern pop.

Only three master musicians could make such an audacious hybrid sound as fluid and organic as “Bombay Makossa” , and they are the members of Chingari.

U. Shrinivas (electric mandolin): A legendary figure renowned for adapting the mandolin to the demanding rigors of traditional South Indian music, Shrinivas’s playing has won international acclaim for its ecstatic, almost vocal quality. George Harrison and Miles Davis numbered among his fans, and he dazzled audiences around the world as a member of Remember Shakti, alongside guitarist John McLaughlin and Ustad Zakir Hussain.

Etienne Mbappe (bass, vocals): His gift for tackling the most demanding and complex rhythmic structures with ease and fluency won Cameroon-born and Paris-based Mbappe membership in the bands of Salif Keita, Joe Zawinul and Manu Dibango early in his career. He currently performs with John McLaughlin’s kaleidoscopic 4th Dimension quartet and in the all-star fusion group the Ringers with Jimmy Herring and Wayne Krantz.

Ranjit Barot (drums, vocals): A dynamic, multifaceted musician and composer, Barot has excelled in a number of contexts, from composing film scores for Bollywood to playing drums with such iconic musicians as Don Cherry and John McLaughlin. He is also a master of konnakol (the Carnatic tradition of spoken percussion syllables) and can be heard as a member of John McLaughlin’s 4th Dimension.

Together Shrinivas, Etienne Mbappe, and Barot are Chingari. With “Bombay Makossa”, they chart a daring path informed by their rich individual experience and accomplishments while reveling in the endless potential of a new musical hybrid that is entirely their own.

All songs recorded at Nirvana Studios Mumbai and at Muzik Lounge Chennai. 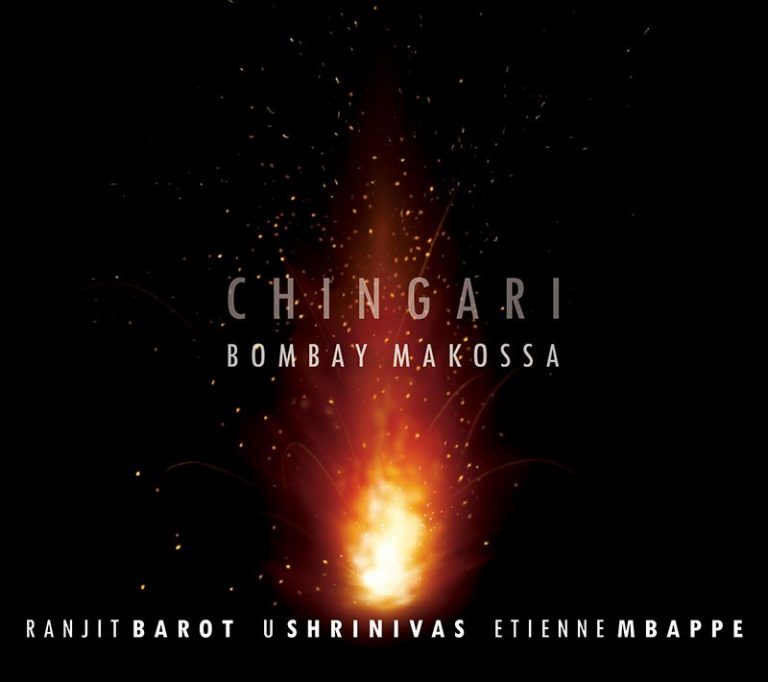 RELEASE DATE: SEPTEMBER 16, 2014
All About JazzReview by Ian Patterson
Read More
"Released just days before the death of pioneering mandolin maestro U. Srinivas, Bombay Makossa assumes an added poignancy as one of his last recorded ventures in a career that began as a child prodigy in the late 1970s. Though nearly all the tracks were penned by Ranjit Barot Chingari was intended as a trio of equals. Accordingly, there's a fine compositional balance in the arrangements and tight trio interplay throughout. Chingari means spark in Hindi and collective sparks certainly fly on occasion. That said, it's Srinivas in the main who steals the thunder with some electrifying playing.."
Buy
Itunes-note
Amazon
Bandcamp

"What Shrinivasji recorded, I put drums off. It was nice to have a blank canvas from him, and let him dictate the dynamics." - Ranjit Barot 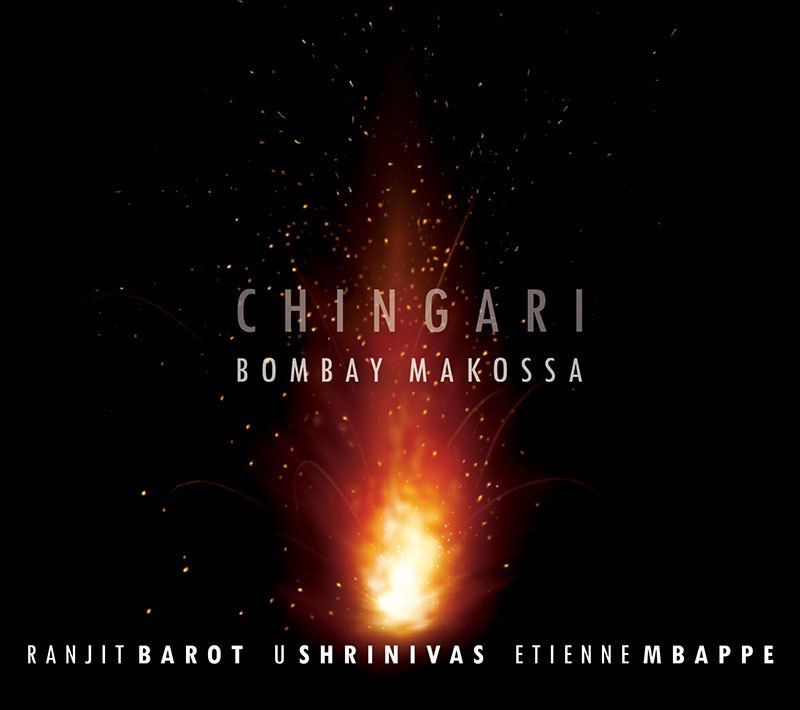