The amazing Alex Machacek has done it again. Combining mindboggling fluidity, daredevil string-skipping technique and audacious intervallic leaps on the guitar that will make even the most ardent Allan Holdsworth fan sit up and take notice with a penchant for precision ensemble playing that rivals the late, great Frank Zappa’s — as heard on the rhythmically complex and slightly tongue-in-cheek “Why Not (aka Disco Polka),” and the equally intricate “Safe Word” — the extraordinary Austrian native and current California resident has upped the ante on all of his previous impressive outings as a leader with “FAT” (Fabulous Austrian Trio). The guitarist is ably accompanied on his sophomore outing as a leader by superb drummer Herbert Pirker and outstanding bassist Raphael Preuschl, who appeared together on some tracks from {Sic], Machacek’s impressive 2005 debut for Abstract Logix.

Says Machacek, “My last recording was “24 Tales”, a ‘re-composition’ of an existing 51-minute long drum solo by Marco Minnemann, and the focus there was on composition. On “FAT I” wanted to have more improvisations and more emphasis on interplay…just like a band, so to speak.” That kind of organic interplay can be heard between Machacek, Pirker and Preuschl on the ethereal ballad “What A Time To Be Me” and the spacious “Let’s Not Argue,” the latter which has Alex playing baritone guitar. As a kind of relief from the sheer density, astounding intricacy and impossible unisons demonstrated elsewhere throughout “FAT”, there is the gorgeous solo bass piece “Ton Portrait” (a nod to the late, great Jaco Pastorius’s anthemic “Portrait of Tracy”) and the atmospheric closer, “Let’s Not Argue,” which incorporates a great deal of breath between the notes while also showcasing Machacek’s inimitable six-string facility midway through. The guitarist reserves his most lyrical playing for “D-Lite” and on “The Life of Herbert P.” he creates a ‘re-composition’ around an existing drum solo by Pirker. The Fabulous Austrian Trio also generates some potent swinging momentum on the album’s jazziest number, “Studio Swing.” 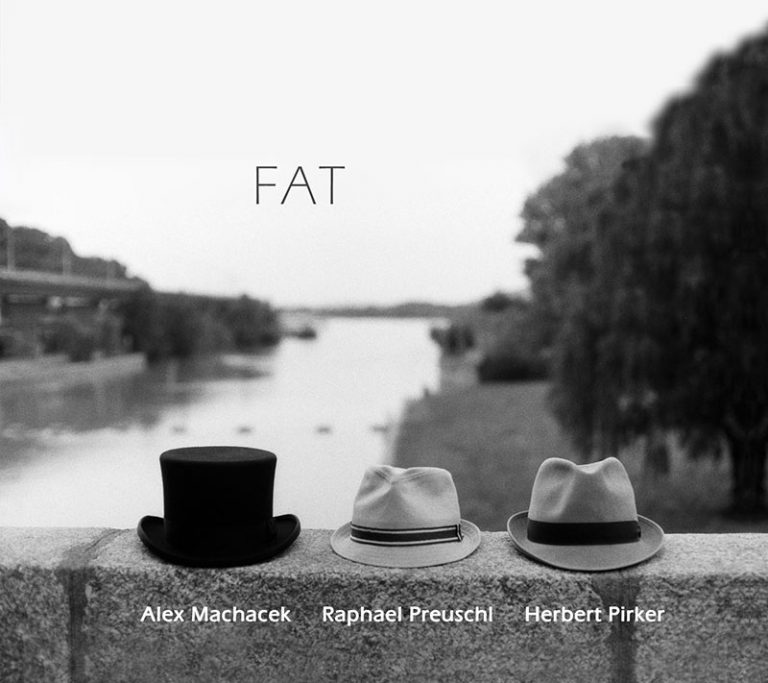 RELEASE DATE: SEPTEMBER 18, 2012
All About JazzReview by John Kelman
Read More
"Around for more than a decade, Alex Machacek's first record as a leader (renamed, with characteristically bone-dry wit, as Mc Hacek) was Featuring Ourselves (Next Generation, 1999), but it was when the Austrian-born/California-resident guitarist moved to Abstract Logix that more significant attention came, first with his stunning, year-besting [sic] (2006). Three more records followed, culminating in another year-topper, 24 Tales (2010), an equally staggering set where the guitarist repeated [sic]'s concept of "recomposing"-writing music around, in the case of [sic], a Terry Bozzio drum solo-but this time, scoring Marco Minnemann's expansive-and massively impressive-52- minute drum solo. FAT is already destined for the same "best of" list action for 2012, but with a considerably different focus. "
Buy
Itunes-note Amazon Bandcamp

"On "FAT" I wanted to have more improvisations and more emphasis on interplay…just like a band, so to speak.” - Alex Machacek 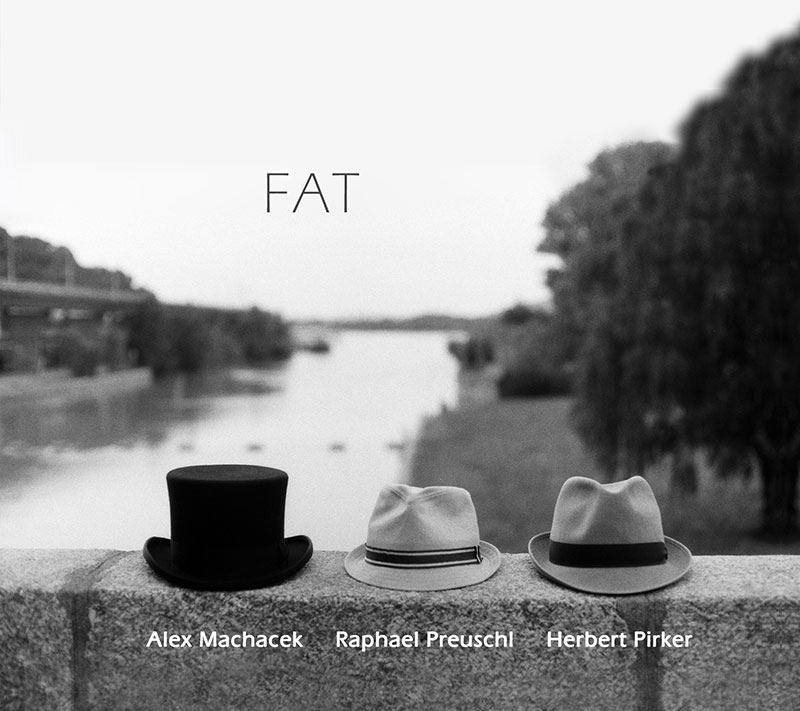