Recorded at Gary Novak’s Kronos Studio in Burbank and mixed and mastered by Kinsey in his home studio, “Human Element” travels from intense offerings like the 5/8 title track and “Bottom of the Mirror” to the Gnawan music influenced groover “Essouaria” and funky jams like “Crazy Girl” and “Shake It.” Tunçboyaciyan’s “Hi Lao” (featuring a cameo by guitar hero John McLaughlin) injects a Middle Eastern flavor into the proceedings while Garrison’s two tracks, “Izzy” and Cut,” showcase his remarkable facility on the bass. For a change of pace from the whirlwind intensity, Tunçboyaciyan offers transcendent vocals on the beautiful ballad “See With Your Ear” and the zen-like calm of “Onno,” a touching ode to his late brother. Arto’s son Seto also contributes some thoughtful spoken word passages on the solemn lament “Think About It,” which tackles the grim topic of the Armenian genocide.

Rather than being a one-off studio project with an endless cast of characters, “Human Element” is the sound of a band in the process of establishing its identity.

“We decided that it should definitely be a band and that a record should be just the four of us,” says Kinsey. “There’s something special about that. We all loved Weather Report and the Mahavishnu Orchestra and we wanted that real band approach. So the four of us camped out for a couple of days and recorded all the basic tracks for this record. Everybody contributed tunes and we all had some input on how the songs were going to end up sounding. It was never really one guy’s vision, even if it was his tune we were recording. That’s why I really think in the end it does sound like a band record.”

And while the Zawinul influence may be apparent at times, the four kindred spirits boldly stride into distinctly new territory on “Human Element”. “Language-wise, we all got so much from Joe,” says Kinsey, “and yet we wanted it to be different and about us. And as we got into it, I think it started to really take on an identity of its own. It spans a big area of music and yet it still sounds like one thing.” Adds Garrison, “As far as Joe’s influence on this band, that’s undeniable. He left such a large footprint that it’s pretty hard to escape his essence. And I personally consider Kinsey just about the only musician to really take on Joe’s mantle and bring that sound and vision into the future while still keeping that essence.”

While Kinsey and Garrison – former schoolmates at the Berklee College of Music and frequent collaborators over the years – provide a strong vision for this “Human Element” project, the secret weapon of the band may well be Tunçboyaciyan, whose stirring vocals and churning percussion inform each track.

“Arto is one of those rare artists that has an ability to foresee the outcome of a piece of music in its totality from one listen,” says Garrison. “It’s a pretty amazing experience to watch him listen to a new piece and then methodically build scenarios, structures, stories and end up with a creation beyond anything you could have expected. His input so invaluable it’s almost hard to put into words.” Adds Kinsey, “He’s just a wellspring. The guy can just open his mouth and sing something and it’s a tune. Or he can play rhythm and it’s something great. It just pours out of him.”

Novak, a longstanding member of Kinsey’s band, fuels this session with uncanny precision and authority. “I played with Gary before on a few tours with Kinsey’s band,” says Garrison, “and the hook up was immediate. What I really dig about Gary is his passion and intensity when he finds his zone during a performance. He’s an absolute beast of a musician and I’m so proud to say we have a band together.” Adds Kinsey, “Novak sounds particularly incredible on this record. He was really able to do his thing and it all came out really clear. He didn’t have to hold back or change the way he plays for any reason, he could just be himself. And you can hear him really go nuts on several tracks here.”

Kinsey and company hope to establish “Human Element” as a major force on the international festival scene, bringing their unique and powerful message to fusion and world music fans everywhere. “The plan is to really go for it with this band,” says Kinsey. “We all believe in it because there’s really nothing else like this band out there. Since Joe passed, there’s just no one making music that’s really on that type of wavelength. So there must be a lot of people out there who would like to find music that speaks to them the way that Joe’s music did.”

“Human Element” definitely fills that void. With the release of their self-titled debut on Abstract Logix, this powerful quartet takes its first step in its musical mission. 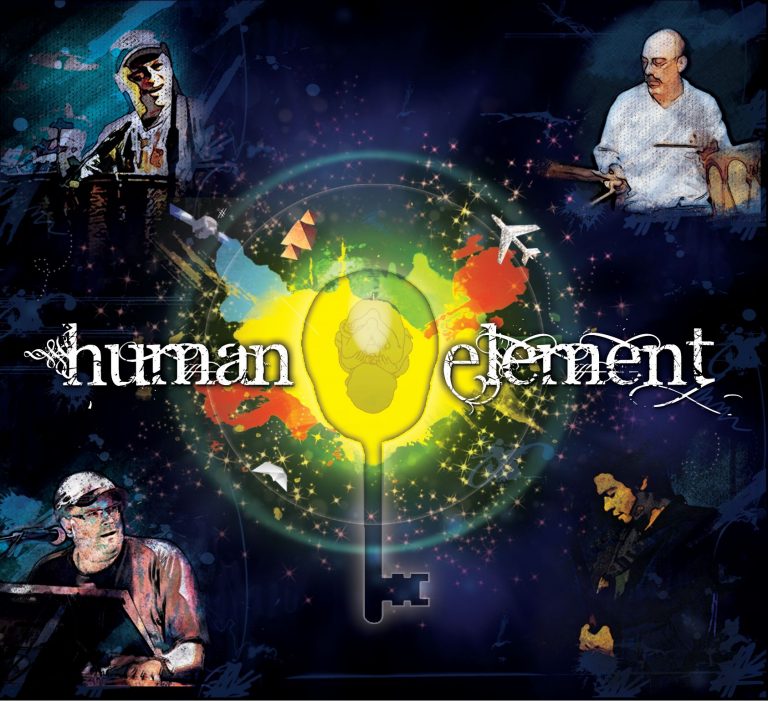 RELEASE DATE: APRIL 19, 2011
All About JazzReview by John Kelman
Read More
"Things may not always work out the way they're planned, but that doesn't mean that can't actually work out better. When keyboardist Scott Kinsey began work on the overdue follow-up to his well-received (and equally overdue) debut as a leader, Kinesthetics (Abstract Logix, 2006), the plan was to focus on a small, consistent line-up, as opposed to the cast of nearly 20 musicians that contributed to Kinesthetics' exploration of a post-Joe Zawinul world, where synthesized orchestrations blended with percussion-heavy world music concerns, sophisticated harmonic ideations and gritty fusion attitudes. Recruiting three other players, each with their own distinctive voices and far-reaching vernaculars, it became increasingly clear that this was, in fact, a real group effort, where the inherent chemistry demanded a more egalitarian approach, and so Kinsey stepped back from being a leader, and Human Element was born."
Buy
Itunes-note Amazon Bandcamp

“We decided that it should definitely be a band and that a record should be just the four of us. There’s something special about that. We all loved Weather Report and the Mahavishnu Orchestra and we wanted that real band approach."