“That the power of the melody comes through matters more than anything to me,” reflects drummer, composer, and bandleader Jeff Sipe. His selfless dedication to the song at hand – to elevating it, enriching it, and propelling it – is why Sipe has long been considered a leading light in a vital, unique musical landscape that expands to encompass elements of jazz, rock, country, and funk. It’s a landscape he helped to create, over a career now spanning more than three decades and including membership in such influential outfits as Colonel Bruce Hampton’s Aquarium Rescue Unit in collaborations with Shawn Lane, Jonas Hellborg, Phil Lesh, Béla Fleck, Jeff Coffin, Warren Haynes & the Jerry Garcia Symphonic Celebration, Debashish Bhattacharya and many more.

This terrain, as the new self-titled album from his “Jeff Sipe Trio” proves, is still very fertile ground. For while “Jeff Sipe Trio”, available October 21, 2014 on Abstract Logix, contains no shortage of instrumental virtuosity, what truly distinguishes it is the band’s deeply held commitment to melody, and the profound emotional dimensions it conveys.

“The song choices that were made for this record all stressed the importance of having strong melodies,” he continues, “in both the compositions and the way we improvised. This material is strong enough to stand on its own – these are songs, first and foremost.”

The accessible, open-hearted compositions that make up “Jeff Sipe Trio” are largely contributed by Sipe’s partners in the trio, guitarist Mike Seal and bassist Taylor Lee.

“I first heard Mike Seal when he was 20 years old,” Sipe recalls. “I was immediately impressed with his style. This is a guy with a strong connection to the Appalachian gospel song book and an advanced ear for harmony. His rhythmic sense is also really highly developed, partially because he plays finger style, without a pick. This gives him a natural polyrhythmic approach.”

Throughout “Jeff Sipe Trio”, Seal melds seamlessly with bassist Taylor Lee, who beautifully exploits the full range and potential of his instrument, from driving subterranean basslines to singing, upper-register lead passages. Now only 25, Lee has played with Sipe for the past four years. “His love of music is obvious,” Sipe explains, “and his dedication to the bass has produced a truly inspired musician, with an intuitive gift for melody and a really great feel.” And they’re among the nicest people you’ll meet!

Sipe knew that these two musicians would work well together. “As we started to play as a group,” he recalls, “it became clear we were all on the same page. We all gravitated towards the same kind of original material, and when we wanted to add some cover tunes to the set, we were suggesting some of the same stuff.” The two outside compositions on “Jeff Sipe Trio” – John Coltrane’s “Naima” and Hank Williams’s “I’m So Lonesome I Could Cry” – imply the wide breadth of their collective influences.

As the studio debut for this group, Sipe wanted the album to both reflect their captivating live shows and take advantage of the studio’s potential for refinement and expansion. “Everything was cut live as a trio,” he explains. “Then we’d choose the best version of each song and take advantage of the studio by treating the magic moments”.
Often the dynamic, responsive interplay between Sipe, Seal, and Lee would suggest subtle new harmonic or rhythmic embellishments that were then amplified by tasteful overdubs.

All of this material is structured,” Sipe continues, “but within that structure is a lot of improvisation. We were able to take the magic that happens and enrich a bit. For example, on ‘Naima,’ I played a triplet drum lick transitioning out of the guitar solo, ascending from low to high. After listening back to it, I said, ‘Why don’t you guys go with me on that?’ Within just a few seconds, they had an arrangement in mind, and we tracked it. It sounds like it was worked out that way in advance.” The result is a series of concentrated performances that take advantage of the of the trio’s strength in both formal and fluid contexts.

From Seal’s pointillist & funky “Trumpets” to Lee’s delicately dancing “Banana Pudding” to Sipe’s driving “Happy Evil Happy,” “Jeff Sipe Trio” is a compelling example of the endless possibilities of the improvising trio. “The trio format is still exciting to me,” Sipe explains. “It’s very transparent. There is nobody there to lean on — you have to play. You’ve got to be supportive and expressive at the same time. It’s a challenge to play in a way that fills out the sound without grandstanding. It demands that melody, rhythm, and harmony all be active.”

This trio, in particular, is one that is particularly intriguing to Sipe, and one that he sees a promising future with. “There were tunes that we didn’t put on this record,” he says, “because we’re already looking forward to doing them on the next one. Right now, this trio is my life.” 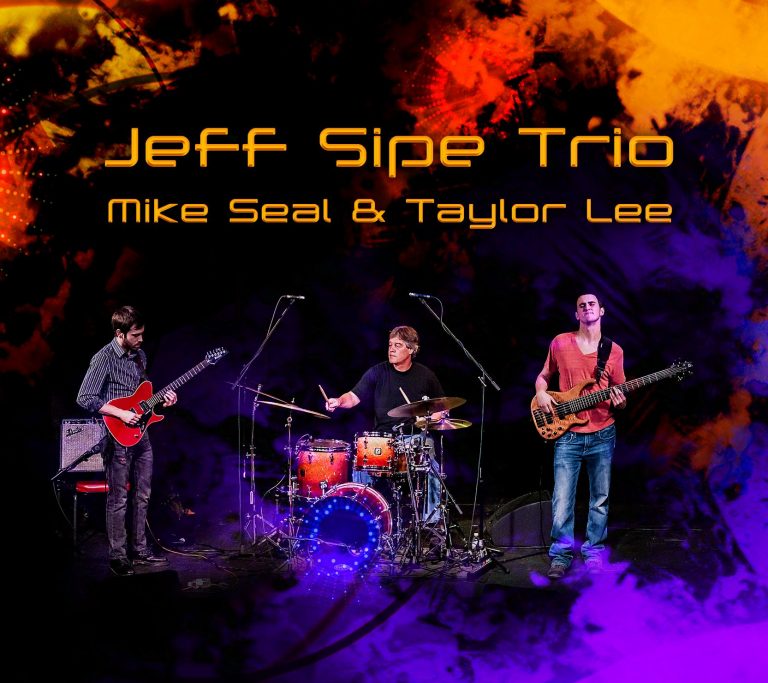 RELEASE DATE: OCTOBER 21, 2014
All About JazzReview by Mark Sullivan
Read More
"Drummer Jeff Sipe was a member of Colonel Bruce Hampton's Aquarium Rescue Unit and has played with many other musicians. But probably his most visible association was the power trio with Jonas Hellborg and Shawn Lane, followed by a more recent trio with guitarist Alex Machacek. So he is clearly very comfortable in an improvising rock/jazz guitar trio. He says of the format: "The trio format is still exciting to me," Sipe explains. "It's very transparent. There is nobody there to lean on—you have to play. You've got to be supportive and expressive at the same time. It's a challenge to play in a way that fills out the sound without grandstanding. It demands that melody, rhythm, and harmony all be active." Guitarist Mike Seal and bassist Taylor Lee have big shoes to fill in this new trio, but they are completely up to the task."
Buy
Itunes-note Amazon Bandcamp 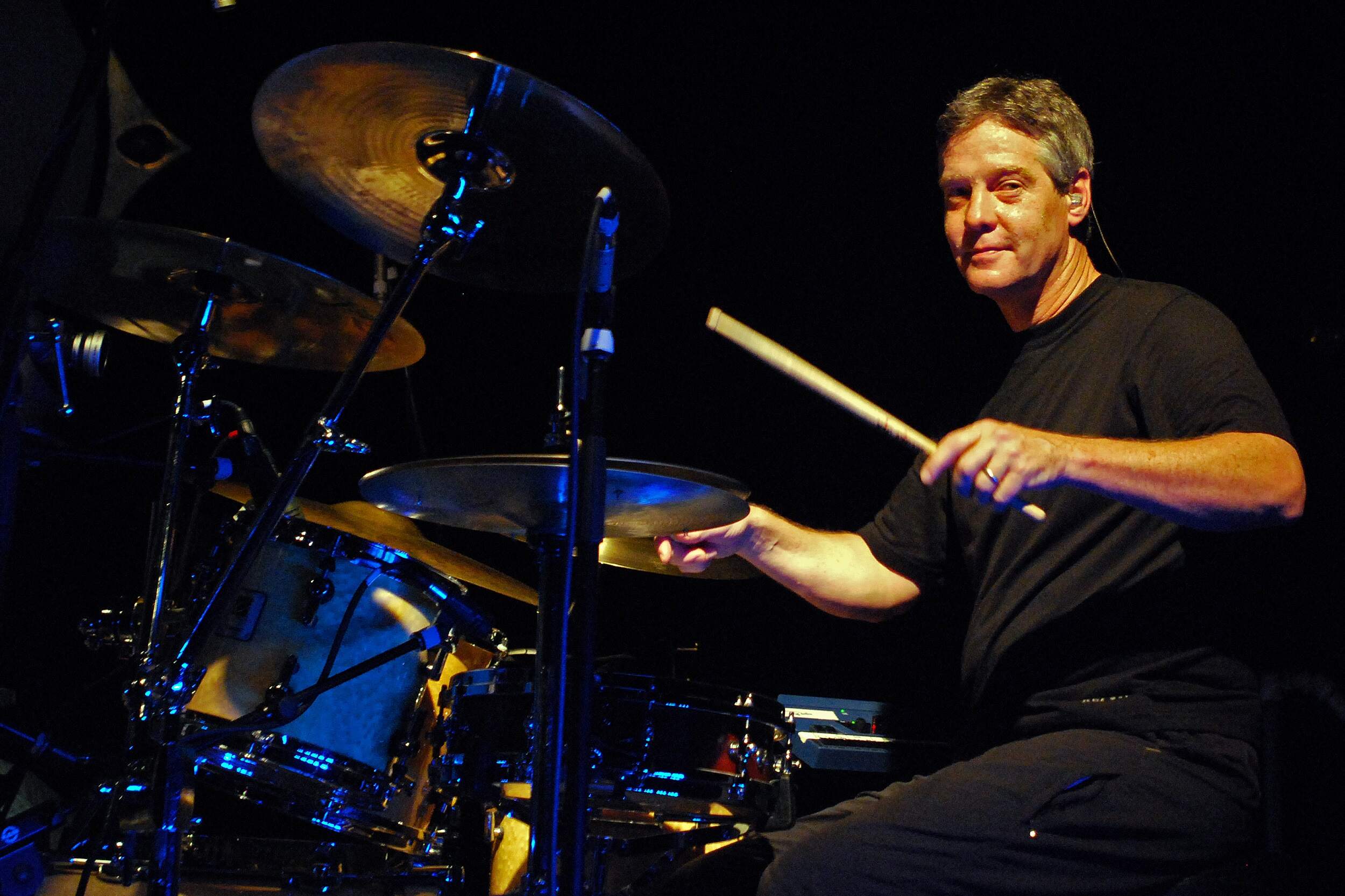