Ray Russell: Now, More Than Ever

A bona fide guitar hero in his native England, Ray Russell bridges musical worlds on “Now, More Than Ever”, his potent debut on the Abstract Logix label. Russell’s latest release comes seven years after his last studio recording, Goodbye, Svengali, the innovative guitarist’s heartfelt tribute to the late Gil Evans. Featuring an all-star cast, including drummer Gary Husband, bassists Jimmy Johnson, Mo Foster and Anthony Jackson, this bold outing straddles that no man’s land between rock power and unfettered jazz improvisation while conjuring up ethereal guitar synth soundscapes along the way. From the hard-hitting opener, “The Island,” fueled by Husband’s muscular backbeat, to the urgently swinging, organ fueled “Way Back Now,” a brilliant showcase of the great guitarist’s blistering chops, to the blues-drenched, heavy duty “Slow Day,” the funky “Rubber Chicken Diner” and the atmospheric duet “Suddenly they are gone,” Now, More Than Ever stands as one of the more dynamic outings in Russell’s extensive discography. Fans of John McLaughlin, Jeff Beck, Allan Holdsworth and Terje Rypdal will want to check out this latest triumph from one of fusion’s great innovators.

The creator of such groundbreaking and seminal jazz-rock works as 1968’s “Turn Circle” and 1969’s “Dragon Hill”, guitarist-composer Russell emerged on a fertile ‘60s London music scene as a ubiquitous session musician, along with fellow six-stringers John McLaughlin and Jimmy Page. And though he may not have ultimately attained the guitar hero status in the United States as his two UK contemporaries, Russell has remained a highly respected figure throughout the world whose each new visionary release is met with wild anticipation by the cognoscenti. His latest effort puts a premium on fretboard pyrotechnics while providing listeners with indelible grooves from some formidable rhythm tandems.

Russell and his crew come out of the gate with furious intent on the opener, “The Island,” which is fueled by Husband’s crisp, muscular backbeats and anchored by bassist George Baldwin’s precise unisons and insistent walking beneath Husband’s throbbing pulse. A hard-hitting number that is bristling with chord changes, it is the “Giant Steps” of fusion. Russell ‘throws his sound around’ at the outset, in the tradition of Jimi Hendrix, Terje Rydal and Pete Cosey, before erupting with some blistering, fleet-fingered fretboard fusillades. Husband’s brilliant drum solo has a narrative flair to it, a la Joe Morello’s “Take Five” solo with the classic Dave Brubeck Quartet. Husband also lays down the foundation for the syncopated, slow grooving “Shards of Providence,” which is fueled by Jimmy Johnson’s inimitable, bubbling bass lines. Russell’s guitar solo here in rocking and blues-tinged while Jim Watson adds a killer Fender Rhodes solo to the proceedings.

Watson’s burning organ work in combination with Anthony Jackson’s walking contrabass guitar lines and Ralph Salmins’ swinging pulse on the kit sets a jazzy tone on the intro to “Way Back Now.” The piece segues to head banging rock and a provocative rubato section, then builds to a swinging crescendo on the strength of Watson’s killer organ solo, and Rupert Cobb puts a mellow capper on the proceedings with some subdued muted trumpet statements that, inevitably, summon up the spector of Miles Dave. Russell’s six-string work throughout the many phases of this ever-shifting opus is positively brimming with fretboard heroics. “Slow Day” is a rockified anthem that has Russell unleashing with wild whammy bar abandon on his Stratocaster. “Suddenly, they were gone” is a tender duet with synth wizard Watson that recalls Jeff Beck’s lyrical opus, “Because We Ended As Lovers.” On the other side of the dynamic coin is the slamming funk-rocker, “Rubber Chicken Dinner,” an organ-fueled, Deep Purple-ish number that has Russell wailing in unrestrained fashion like a Ritchie Blackmore on top of Mo Foster’s funky pocket hookup with drummer Salmins. “Odd Way Out” opens with Russell’s evocative chordal swells while trumpeter Cobb adds some ambient touches with his echo-laden trumpet work. The piece resolves to a somber yet lyrical ballad feel that quickly segues to a slamming rock progression that triggers some of Russell’s nastiest six-string intentions. The album ends with the evocative “Cab in the Rain,” which combines infinite sustain melody lines over gently picked acoustic guitar arpeggios for a whimsical, merry-go-round kind of vibe.

Though Russell has an abundance of recordings to his credit, from small group sessions to soundtrack recordings for movies and TV, “Now, More Than Ever” stands as a primer for the wide stylistic swath that this inspired artist continues to cut with his trusty six-string in hand.

Ray Russell: Now, More Than Ever 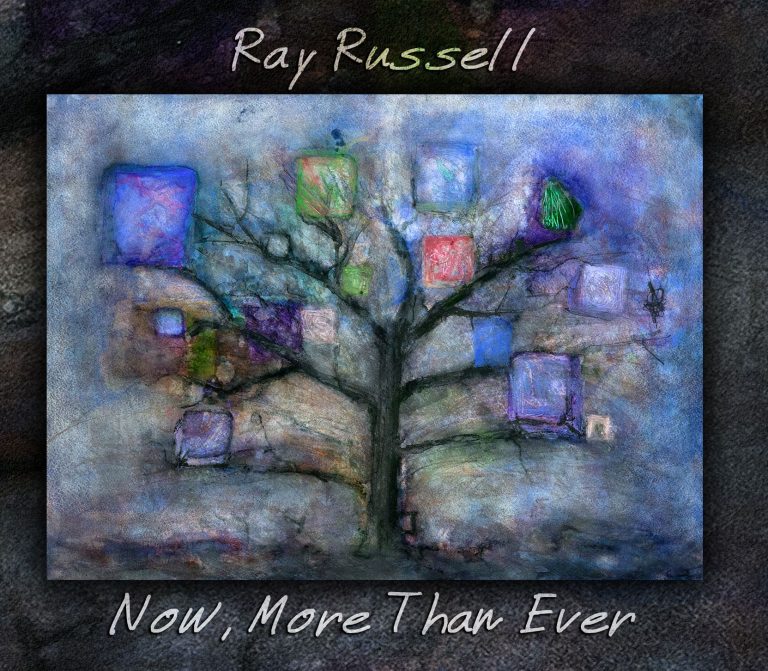 RELEASE DATE: MAY 21, 2013
All About JazzReview by Ian Patterson
Read More
"English guitarist/composer Ray Russell has flown under the radar for most of his 45-year career, dividing his energies between his own projects, sessions for some of the biggest names in popular music and composing award-winning music for television and film. Russell's wide-ranging musical interests have meant that his own recordings have sometimes been separated by long gaps, and this is probably the main reason why he isn't better known. Seven years after Goodbye Svengali, Russell's tribute to composer Gil Evans, he returns with an energetic jazz-rock/fusion effort, which at its best draws favorable comparison to fellow English guitarist John McLaughlin.."
Buy
Itunes-note
Amazon
Bandcamp

"An open approach to music would never cause a problem to the established or traditional way of things but living in the dark makes you question the light." 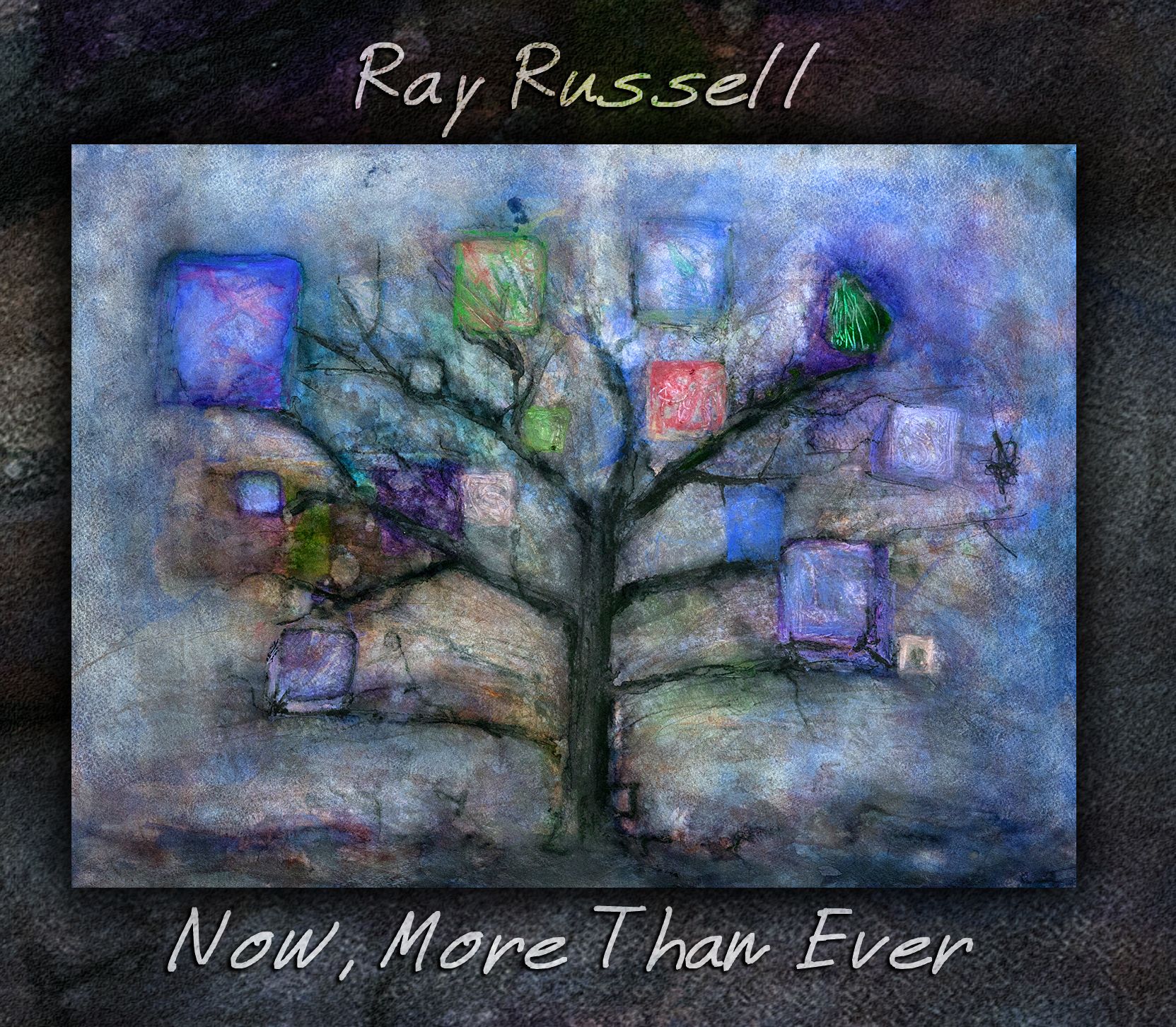