Since 1991, keyboardist Scott Kinsey has been the secret weapon of Tribal Tech, one of the premier bands on the fusion scene. A remarkably distinctive soloist with a unique harmonic sensibility and a wholly inventive approach to synthesizers, Kinsey has an uncanny knack for making technology sound organic and orchestrating in the moment. As Tribal Tech ringleader explains, “Scott has been such a big influence on the direction that Tribal Tech has taken. Before we met him all we really had was a band that played tunes the way they were written out. But Kinsey was a major reason for us getting to that point of being able to throw the charts away and just jam right in the moment, because he could do it so well and pull it off every time. It wasn’t until I played with Scott that I realized how loose it can be and still sound totally together. Because he would be pulling out so much cool stuff to listen to that you didn’t need a note of written music. Kinsey’s such a great improvising musician but he also brings a real sense of form and harmony to it so that you can just jam freely and know that it’s always gonna sound cool.”

Whether he’s improvising strictly in the moment with loops, concocting provocative tones and textures or carving out new sonic territory on his Nord Lead synthesizer, Kinsey’s presence invariably elevates the proceedings of every situation he finds himself in. Aside from his ongoing role in Tribal Tech (including countless tours as well as appearances on 1992′s “Illicit”, 1993′s “Face First”, 1994′s “Reality Check”, 1999′s “Thick” and 2000′s “Rocket Science”), Kinsey has enhanced recordings by bassists Jeff Berlin and Matthew Garrison, guitarist Kurt Rosenwinkel, trumpeters Tim Hagans and Nicholas Payton and saxophonist-producer Bob Belden. In recent years, he has produced tracks for singer and Earth, Wind & Fire frontman Philip Bailey (Soul on Jazz) and Weather Report co-founder Joe Zawinul (Faces & Places) and also appeared on soundtracks to such films as “Ocean’s Eleven”, “Ocean’s Twelve”, “Code 46”, “Confessions of a Dangerous Mind”, “Brown Sugar”, “Smokin’ Aces” and “Analyze That!”

Though he remains an in-demand sideman and valued session player, Scott finally steps out as a leader in his own right on “Kinesthetics”, his long-overdue solo debut. While he had kept busy composing, arranging and playing on other people’s projects over the years, the accomplished keyboardist and sonic manipulator eventually found enough downtime to focus on his project. “I just finally decided that I needed to get myself out there as an artist and an entity that exists in the world,” says the Los Angeles resident. “I feel like I’m out there all the time touring and doing sessions, but it’s not really reflecting my own thing. So getting my own stuff happening became a real priority for me.”

Kinsey plays ringleader for this band of sonic provocateurs, intuitively calling up tones and textures from his expansive vocabulary while shaping up songs like a sculptor working with a slab of clay on the potter’s wheel. “I improvise on my instrument and we also improvise as a band,” says Scott. “I love it when music sounds like it’s just off the top of your head, and I try to do that with my synth sounds too. Basically, I’ll just come up with a sound and just mess with it and see what happens.”

It’s the unpredictable nature of his harmonic concept along with the unrelentingly fresh quality of his signature Nord Lead synth lines that has made Kinsey such an in-demand player on the scene. And those provocative qualities come to the fore on “Kinesthetics”. “Overall I wanted it to be really dimensional and powerful and wanted to have motion, which is really what the name implies: esthetics in motion,” says Scott.

From the dynamic Zawinul-influenced title track to the exotic groover “This is That,” fueled by Willis’ funky basslines, from the surging uptempo burner “Sometimes I…” to the slamming funk of “The Combat Zone,” the music on “Kinesthetics” blends world music elements with irrepressible grooves and improvisational abandon. “To me, it all breathes and has a certain conversational element to it, which are important elements in all of my music” says Kinsey. “The idea was to play with melodies, play with phrases, just toss stuff around and have fun.”

The sizzling “Quartet” documents a dream ensemble featuring Kinsey on keys, Hurst on upright bass, Tavaglione on tenor sax and Colaiuta on drums. “Wishing Tree,” a dramatic duet with Tavaglione, is a prime example of Scott’s orchestral touch on synths that rekindles memories of the special chemistry that Zawinul and Wayne Shorter demonstrated in concert with Weather Report. “Let’s face it, they invented it,” says Kinsey. “That was their thing. That language they created is really where I’m coming from. While I never want to copy anything and that’s never been the point whatsoever for me, it’s just a sound and a concept that’s ingrained in me. I used to wonder, ‘How did they come up with this way of playing together and have it sound so off-the-cuff yet also have it sound organized and so burning on top of it?’ So that’s been a direction to go in for me — to have the music be that open and have it still have that kind of energy.”

The throbbing “Big Rock” is another nod to Zawinul’s pioneering synth prowess, echoing elements of both Weather Report and the Zawinul Syndicate, while “Uncle Pat’s Gypsy Van” is a playful excursion into Scott’s private world of sound textures, loops and samples.

“Under Radar Intro” is a musical conversation between Kinsey and drummer Covington that just happened to be captured during a sound check for this recording. It segues neatly into “Under Radar,” an exotic groover with a subtle Afro-pop vibe that features Laboriel on bass and Sabal-Lecco on piccolo bass. “Shinjuku” is an unadulterated burner paced by the hyper-kinetic pulse of drummer Ronald Bruner Jr. “I wanted to have a tune that represented the band that was playing a lot in Los Angeles at the club Lavalee,” says Kinsey. “In that moment it was me, Scott Henderson, Jimmy Earl and Ronald. And this tune pretty much represents the energy we have on the gig.” Henderson unleashes with some fretboard fury and liquid whammy bar articulations in his outstanding solo here.
The calming closer, “One for Jinshi,” is a mid tempo swing groove, underscored by Covington’s brushwork, and featuring some nasty wah-wah explosions and bluesy abandon by guest guitarist Michael Landau. Tavaglione adds a soprano sax solo at the tag, and Tim Hagans offers some tasty muted trumpet work on the bridge, alongside Tav’s overdubbed flute.

“This whole project was done very intuitively and organically,” says Kinsey. “I tried not to think about it too much and also tried not to write so much music that we wrote ourselves into a box. Because I want it to be alive and have it be more about how we play together rather than the music that I compose. I feel like sometimes it can be an ‘I, I, I’ thing when you compose, and that bothers me. What I like to do is just come up with some lines and ideas I like and just see where the band can take them. This way we can just improvise and keep it fun and fresh. And of course, I always want to keep the music from ever getting too boring.”

No chance of that on “Kinesthetics”, which radiates with audacious energy and daring ideas from start to finish.

– Bill Milkowski is a regular contributor to Jazz Times, Jazziz, Bass Player, Modern Drummer and Absolute Sound magazines. He is also the author of “JACO: The Extraordinary and Tragic Life of Jaco Pastorius” (Backbeat Books) 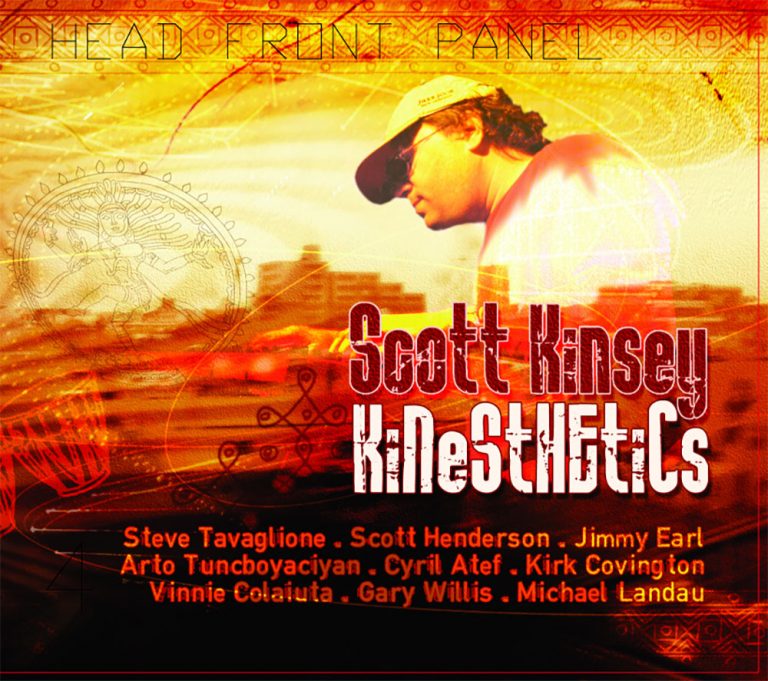 RELEASE DATE: OCTOBER 17, 2006
All About JazzReview by John Kelman
Read More
"Kinesthetics is the sum of Kinsey's experiences to date. Its potent grooves mix with sounds that, despite being clearly electronic, feel wholly organic. Delineated solos exist throughout but all within the context of an interactive collective."
Buy
Itunes-note Amazon Bandcamp

“This whole project was done very intuitively and organically. I tried not to think about it too much and also tried not to write so much music that we wrote ourselves into a box." 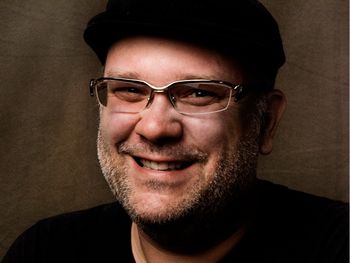