What appears next on a resumé as weighty as Gary Husband’s is always a matter of musical interest. Even with long and satisfying associations with legends like John McLaughlin and Allan Holdsworth, the talented drummer/keyboardist continually seeks different worthy and intriguing paths to explore – whatever his vehicle of expression. So when his latest project is co-led by a comparatively under-the-radar musician – in this case, Norwegian guitarist Alf Terje Hana – additional curiosity ensues. To that end, the story of their collaboration begins with both a long admiration and a “shot in the dark” from Hana:
“Discovering Gary (through Allan Holdsworth’s I.O.U. album in 1982) was the start of a lifelong, fan-like observation for me. I was always catching up on what he was up to, and what turns he presented musically.” In recent years, Hana became so enticed by video clips from Husband popping up on the internet, it spurred him to reach out. ”I so very much wanted some of his ‘outer space’ and ‘not-within-my-reach’ stuff to blend into my music that I just sent a request. That’s how it started.”
Husband recalls their first musical encounter, “My introduction to Alf and his music was via an invitation to perform some keyboards on a track called “The Elders Too” for his 2016 album, Invisible Colours. Right from the start, I found myself under the spell of his powerfully evocative music. Then, penetrating that music expressively, I felt an effortless conversational empathy with Alf’s guitar utterances within the vibe of the composition. It all just seemed to click completely with Alf and his whole approach. I very much wanted to continue exploring the intriguing musical blend we make together.”

The musical bond was formed but awaited a catalyst – one that would later arise from a very sudden and personal vacuum in Husband’s life:

“When Allan Holdsworth passed, I lost a very close and special long-term musical relationship immensely central to my ongoing development and creativity as a drummer. To ease the pain of that loss and the sheer void it brought about, I knew I had to start something new – build myself a new way to continue.”

That “new way” gradually took shape for Husband: ”I knew I wanted a three-piece; I knew I wanted guitar. I had even come up with a name while waiting for a flight in Hamburg Airport. I knew that this band – The Trackers – was going to happen.”

Husband also knew that the guitar chair was going to require a special choice. It would have to be someone unique enough to stand apart from the imposing shadows cast by his prior guitar colleagues.

“I became really into the idea of casting Alf to occupy the guitarist role. He sounded nothing like Allan or John McLaughlin, which was important to me. Plus his way and trajectory are very different from mine. He’s unlike any musician I’ve ever worked with actually. In a way, we are quite unlikely musical bedfellows but I knew that the new avenues presented by such a great artist – one that occupies worlds quite different from mine – would stretch me and demand new approaches from me.”

Hana was thrilled and a little taken aback: “To be asked to join The Trackers was unreal for me and came out of the blue. It made me proud, happy, and also close to a nervous breakdown! I almost felt that I didn’t have shoes that size! Nevertheless, I immediately started composing music for this outfit.”

Hana’s initial trepidation seems somewhat amusing as it’s apparent fairly immediately on Vaudeville 8:45 that he’s a compelling co-conspirator and provocateur to Husband. And while he may exhibit trace connections to guitarists as disparate as Beck, Torn, Aarset and Rypdal, they’re culled by Hana into a musical avatar that’s as singular as it is exciting, as Husband confirms:

“In his voice, there’s overdriven rock blended with the unfamiliar and the abstract. He has a unique cry that is very particular to him. Alf’s also got a certain theatre, a certain ‘Jean Cocteau’ inherent in what he creates and I adore these aspects! He has his own sense of dramatically interesting textures and timing – and what he chooses to leave out too. There’s nothing superfluous. For me, it’s like the spirit of Miles Davis is alive and well right here in 2022. Alf’s a real artist.”

With the duo’s program incorporating funk, rock, avant-garde and abstract classical elements, allusions to jazz and fusion, and strong aspects of mood and atmosphere, Husband called upon an extraordinary roster of bassists to complete the project, casting them accordingly. “It required some introspection but the pieces themselves strongly dictated who I might ask for each tune. I’m fortunate to have had first-hand experience with all of these gentlemen throughout my life, and to call them all friends.”

“Jimmy Johnson took a couple of Alf’s pieces to the stratosphere, in a way only he can. Étienne MBappé blessed “Two Foxes” with his colossal groove, as I knew he would. Jimmy Haslip provided his inimitable brand of interplay and propulsion on “The Middle Distance”, Guy Pratt brought the perfect attitude and drive to “Living Time” (the riff of jazz composer George Russell), and Kevin Scott gave lovely movement and feeling throughout two of my productions on the album. Mark King of course (on “Wide Awake Running”) was perfection and provided everything that machine-like groove called out for. Plus I was really keen to use Alf’s excellent bassist (from his own band Athana) Øyvind Grong for two selections, on which he plays beautifully & elegantly. The attention to detail and spirit they all brought was just perfect.”

While these key bass contributions substantially elevate the proceedings, they also further highlight what an exceedingly rare vein of collaborational gold Husband and Hana have struck. Together they have created a uniquely broad and stylized sonic canvas on Vaudeville 8:45 – one that elicits bold strokes and fresh colors from all involved. For Hana, it’s a deserved entrée to a larger audience. For Husband, it’s an unquestionably exciting addition to an already impressive musical CV. More importantly, The Trackers represents exactly what he had been searching for – a new way indeed. One can hope that it’s just the beginning.

– Mike Jacobs, freelance writer and contributor to All About Jazz 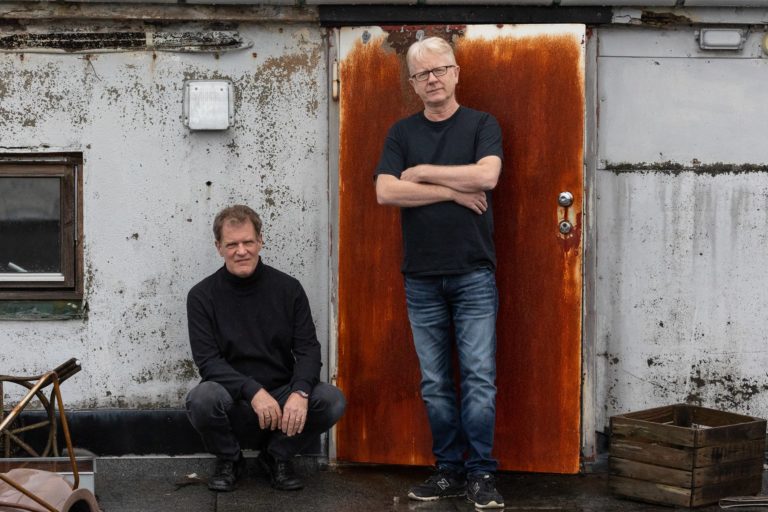 "I became really into the idea of casting Alf to occupy the guitarist role. He sounded nothing like Allan or John McLaughlin, which was important to me. Plus his way and trajectory are very different from mine. He’s unlike any musician I’ve ever worked with actually. " 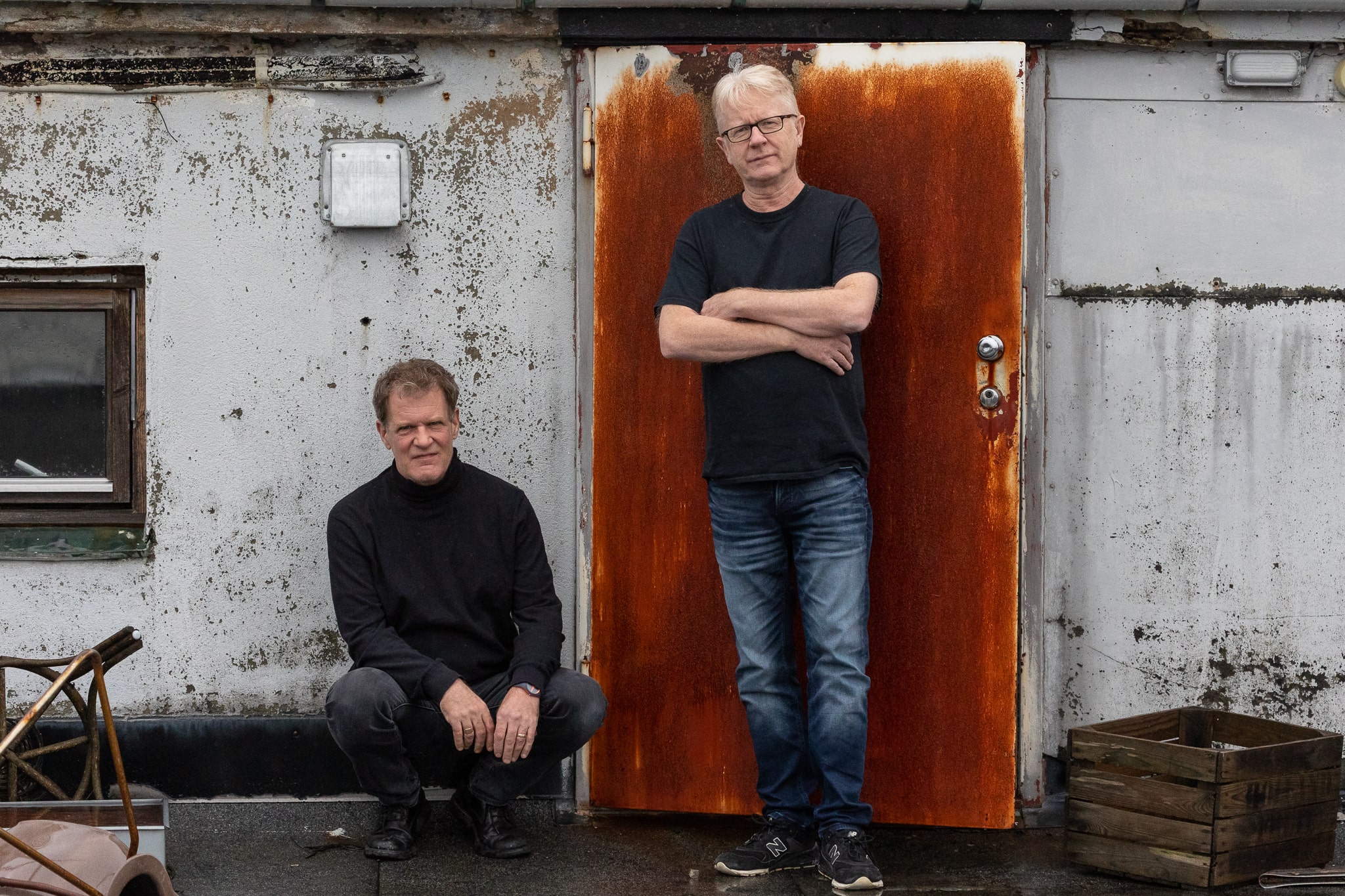