Tony Grey is part of a new fraternity of extraordinary young electric bass guitar virtuosos (along with Matthew Garrison, Hadrien Feraud) who have taken the vocabulary of pioneers like Jaco Pastorius and Stanley Clarke to the next level. The British-born bassist, a Berklee College of Music grad, has played on recordings by John McLaughlin (2006’s “Industrial Zen”) and the Japanese keyboard wiz Hiromi Uehra (2004’s “Brain”, 2006’s “Spiral” and 2007’s “Time Control”). On “Chasing Shadows”, his second recording as a leader (he previously released the self-produced “Moving” through his own website), Grey steps out in impressive fashion as a bandleader, accomplished composer and outstanding soloist.

Surrounding himself with a stellar cast of improvisers and fellow virtuosos, including drummers Ronald Bruner Jr and Chris Dave, harmonica ace Gregoire Maret, guitarist Lionel Loueke, bass trumpeter and trombonist Elliot Mason, current collaborator and former Berklee classmate Oli Rockberger, the astounding Holdsworthian guitarist Tim Miller and pianist Hiromi, Grey acquits himself as a remarkably fluent player with a strong melodic penchant on pieces like the beautiful ballad “Don’t Look For Love,” the breezy “Walking In Walking Out” and the upbeat title track. He reveals an appealing pop sensibility on “Guiding Light,” which carries a Police-meets-Pat Metheny quality, and he unleashes with abandon on formidable chops showcases like “Dark Within” and “No Man’s Land,” his answer to Jaco’s “Teen Town.” Grey engages in some lively
call-and-response with Loueke on the buoyant Afro-pop flavored “One Of Those Lives” and he builds to an ecstatic crescendo on the rhapsodic closer, “Where Does It End.” From start to finish, Grey delivers with authority, taste and inspiration on his fully-realized sophomore outing.

Recorded and Engineered at Intergrated Studios and Dubway Studios. 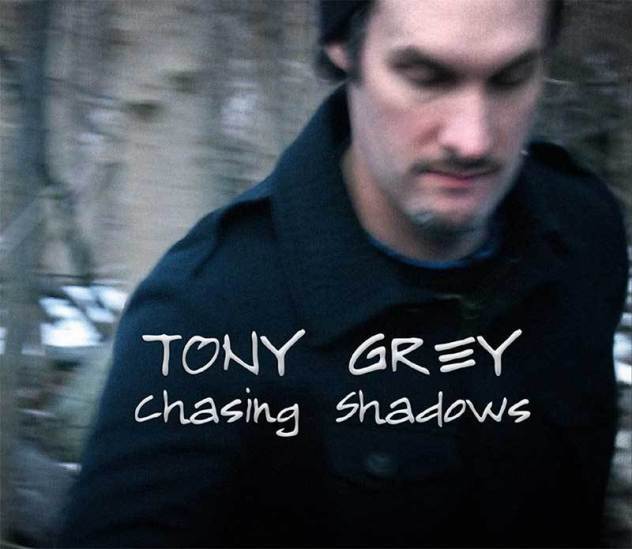 RELEASE DATE: MAY 18, 2008
All About JazzReview by Ian Patterson
Read More
"The opening fifty seconds of unaccompanied bass-playing on "Chasing Shadows," the title track, demonstrate beyond a doubt that Tony Grey is an exceptional talent, finely balancing technical prowess with musical creativity.."
Buy
Itunes-note Amazon Bandcamp

Buy Itunes-note Amazon Bandcamp Bass, the final frontier. Anyone who has taken a moment to study the low frequencies cannot

"I think composition is the way to find yourself and your voice. Out of nothing, you have to create something, and I think you learn a lot about your instrument and how to play your instrument--soloing and all the rest of it--just by composing."

Buy Itunes-note Amazon Bandcamp Bass, the final frontier. Anyone who has taken a moment to study the low frequencies cannot