Looking back on the career of guitarist and composer Wayne Krantz, the unmistakable trend of “reinvention” is impossible to miss. From his early work with artists such as Randy Brecker, Leni Stern and Steely Dan, among others, through a succession of highly lauded solo recordings, Krantz has continuously evolved and pushed himself into new directions. Revered for years for his forward-thinking approach to improvisation (brilliantly documented in his 2004 book An Improviser’s OS), Krantz has fearlessly branched into new areas, while consistently skirting the edges of jazz, rock and fusion.

Following a pair of outstanding jazz fusion recordings in the early 90’s (“Signals” – 1990, and “Long To Be Loose” – 1993), Krantz shifted gears with a series of live albums that showcased an ever-increasing focus on kinetic group improvisation. Recorded with his stellar trios at New York’s 55 Bar (where the guitarist had a residency for years), these live albums also documented the evolution of Krantz’s tone, as he tweaked his sound through the years with new effects and sonic variations. For his 2009 release “Krantz Carlock Lefebvre”, Krantz brought the most enduring of his New York trios (featuring drummer Keith Carlock and bassist Tim Lefebvre) into the studio for the first time. The result was another step forward for Krantz – a striking album that melded his group improv and compositional approaches.

Now with his latest album, “Howie 61″ (Abstract Logix), Krantz has re-invented himself yet again with a stunningly creative recording, and a bold new direction.

Though Krantz has utilized vocals in his music before – most notably on “Krantz Carlock Lefebvre” – on “Howie 61″ Krantz pushes this aspect of his artistry a step further by incorporating vocal content in his music in a manner that is more complete and tightly integrated than anything he has done in the past. “I’m very excited about this record.” says Krantz. “It’s another step in a direction that I’ve been making since Long To Be Loose really; “Long To Be Loose” was an instrumental version of this record. I’ve been trying to figure out how to get words into my music for the longest time, and it took so much trial and error just to get to the point where I could use just a few words on a song, and have it feel integrated with the music. I’m super excited because I’m kind of cracking it – this record is not the completion of that journey at all, but it is a step in the direction that’s been in my head now for a really long time.”

From riff-driven rock and funk, to stirring ballads, Krantz hits many moods on “Howie 61″, all the while retaining the harmonic and rhythmic acuity he’s well known for. Highlights include rockers such as “The Bad Guys” and “Can’t Stand To Rock” – both high energy tracks propelled by Krantz’s searing guitar work. On the tounge-in-cheek “U Strip It,” David Binney, a frequent Krantz collaborator, delivers a burning sax solo over a playful, driving groove. “Son Of A Scientist” features legendary drummer Vinnie Colaiuta weaving in and around Krantz’s deep rhythm and lines. It’s one of two tracks that feature Colaiuta with bass phenom Tal Wilkenfeld.

On “Check Yo Self,” Krantz hearkens back to his group-improv ethos with drummer Keith Carlock and bassist James Genus for a funky, stripped-down instrumental take on the Ice Cube-meets-Grandmaster Flash classic. At the opposite end of the spectrum, a second instrumental track entitled “beLls” features Krantz at his most evocative with a clean-tone, largely chordal piece, perfectly enhanced by well-placed effects and drummer Anton Fig’s embellishments. The somber “I’m Afraid That I’m Dead” begins as a haunting piano ballad, before morphing into a “zombie dream” state courtesy of sonic alchemist Yasushi Miura. On “How The West Was Left,” Paul Stacey’s slide guitar work provides a great augmentation to one of Krantz’s most lyrical and dynamic offerings ever.

With “Howie 61″, Krantz demonstrates once again that he is more than just a guitar player, more than just an improviser; he is, in fact, a genre-defying visionary whose musicality is expressible in a myriad of ways. By combining that vision with an all-star cast and a stunning collection of engrossing, smart compositions, “Howie 61″ may be the most significant album of Krantz’s career. 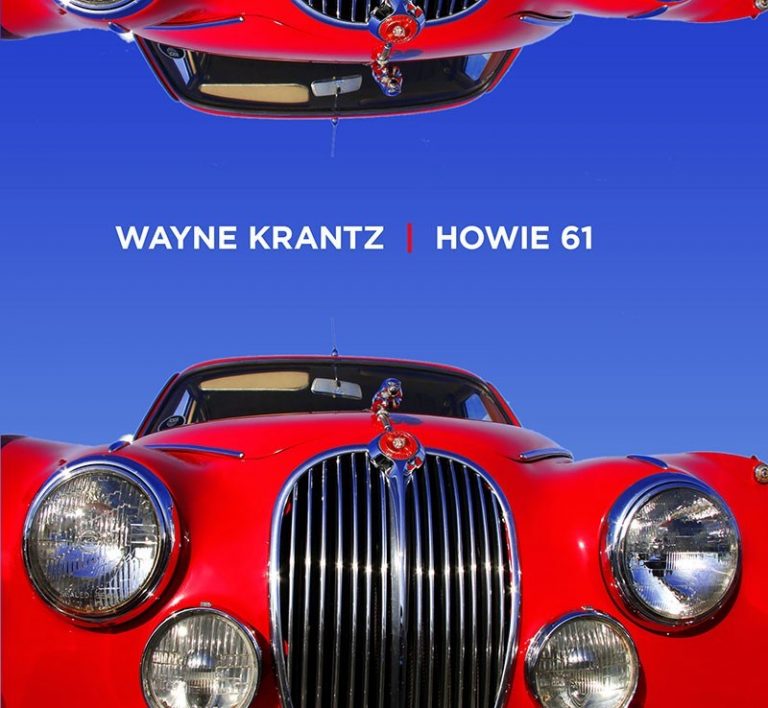 RELEASE DATE: APRIL 17, 2012
All About JazzReview by John Kellman
Read More
"Howie 61 is, in fact, the culmination (but, thankfully, not the end) of a longtime desire to put words to his music, a desire that dates back to Long to Be Loose. Krantz's writing remains idiosyncratic and, at times, downright knotty, but in shorter packages there's more potential to appeal to those who may find his lengthier compositions daunting. It's no surprise, based on Krantz's wit and melodic eccentricities, that Fagen used him for Morph, and if the guitarist's solos are restricted to shorter durations here on Howie 61, that may well be a lesson learned from The Dan Man; but knowing how to say plenty in confined spaces is all to Krantz's credit. And if Fagen has always been about pop songs infused with the language of jazz, Krantz comes to songwriting from the other side of the equation, though it's not hard to imagine a song like the up-tempo "The Bad Guys" working its way into the Fagen songbook."
Buy
Itunes-note Amazon Bandcamp "My playing was shaped by an intentional step away from the influences that I’d had up to the time that I got really serious about playing, because I realized that the lesson all of those guys were teaching me was to not be like them—the whole point was to try to find my own thing. So I realized I couldn’t go on expressing my love for them through my playing anymore, and I had to begin a search for something else."