Every time he puts a guitar in his hands – on stage, in the studio, in informal musical situations and daily practice sessions – Wayne Krantz walks a on a musical high wire. Few musicians are capable of handling, or willing to face, the degree of risk Krantz throws himself into so intently. His dangerous, boldly creative music is almost entirely of the moment, and has won him an increasing amount of underground buzz as something of an anti-guitar hero.

Over the past two decades, Krantz has regularly mined a perilous, unguardedly pure strain of improvisation, set into the context of some of the heaviest, most individualized mind / body band grooves out there today. His music has reached an ever-expanding audience via his legendary (now concluded) residency at New York City’s 55 Bar, which spawned a series of live recordings sold directly by Krantz through his website. The clarity and integrity of his music is mirrored by his uncluttered business model and rigorous philosophical outlook. Now, with “Krantz Carlock Lefebvre”, his first album for Abstract Logix, he is returning to a recording studio to document his own music for the first time in over fifteen years.

“Krantz Carlock Lefebvre” features Krantz as one-third of a longstanding trio that also includes drummer Keith Carlock and bassist Tim Lefebvre, which was first convened in 1997. “Giving this band a voice in the context of a studio is a big deal for us,” Krantz says. “Everything we’ve ever released together has been some kind of live album. Now we have the clarity and concision of the studio along for the ride.” The result is Krantz’s most personal statement yet, more strongly rooted in composition while still rich with the improvisational nuances that make his live performances so riveting. “In the studio,” he says, “the audience dynamic from a concert setting is replaced with something else – a sort of hyper-concentration. Instead of pulling inspiration from the atmosphere of a show, you get it solely the other players and the acoustic space and the machines around you.”

“Some things that work great live don’t really work in the studio,” Krantz adds. “It’s more focused there, whereas the stage is a more subjective and visceral place. It’s hard to think of any disadvantages with the studio…it seems a place where anything imaginable could be realized. Eventually.” Given the heightened fidelity and detail of the studio environment, the line that divides composition and improvisation becomes even more seamless. “Sometimes I think of it as ‘injecting’ – with a syringe – composition into fields of improvisation,” Krantz explains, “and vice versa. Finding improv spaces between the phrases in composition to air it out, and islands of composed stuff within improvisation to re-launch from. It’s a balancing act, figuring out how much of the yin and yang is right and where it will go. We played a few of the songs live one night before the recording, but it didn’t solve much. It still felt pretty surprising in the studio.”

Cut live in the studio, and then augmented by two days of overdubbing, “Krantz Carlock Lefebvre” offered Krantz a rare opportunity to further develop his compositions. “I was able to add a few vocals, some acoustic guitar parts, and a few solo fills. It’s been a while since that dimension of overdubbing on top of live performances has been open to me – I would like to do it a lot more.” The overdubs – such as Krantz’s laconic vocal on “I Was Like” or the acoustic guitar on “Rushdie” – introduce elements of grace and wit that were always a part of Krantz’s music, but harder to convey in the headlong rush of live performances.

Krantz’s journey began far from New York, in Corvallis, Oregon, where he grew up in a music-loving household that was curiously free of musicians. Piano lessons were forced upon him as a child, but it was with the discovery of the guitar that Krantz first began pursuing music seriously. The switch was finally tripped by the eclectic Bay-area outfit Sons of Champlin. “I was listening to one of their records called, coincidentally, Follow Your Heart,” Krantz recalls. “After that, I never seriously questioned my direction. I knew I wanted to become a musician.” Relentless practicing and an unquenchable thirst for new musical inspiration (leading him to thoroughly investigate an enormous and eclectic range of music) took him to the east coast, where he began studies at Boston’s Berklee College of Music.

“It was a big shock,” he says of the transition. “I went from being one of the best guitar players in the area to being one of the worst, all in about 6½ hours. I’m not sure I ever really got over that.” After graduating, Krantz moved to New York City at the behest of his teacher Charlie Banacos (“The best jazz teacher I’ve ever known,” Krantz testifies). “I had begun to notice that all my favorite musicians had their own thing,” he explains. “So, when I moved, I purged myself of everything and everyone that may have influenced me and started over. ” Krantz arrived at a sound that was incisive and direct, refreshingly free of effects and affectations, more often than not just a Strat plugged directly into an amp. The purity of tone was matched with a formidable rhythmic intelligence and an unflinching willingness to take chances.

The result was the winding, absorbingly improv-fueled performances first documented on a pair of studio albums for the German Enja label, “Signals” (1990) and “Long To Be Loose” (1993). The first featured a strong cast of fusion luminaries (Hiram Bullock, Dennis Chambers, Anthony Jackson, Jim Beard, Don Alias, Leni Stern), while the second focused on a core trio of Krantz with Lincoln Goines (bass) and Zach Danziger (drums). Goines and Danziger returned for 1995’s “2 Drink Minimum”, also on Enja, which marked the first live recording to be drawn from Krantz’s Thursday night residency at the 55 Bar in Greenwich Village. The residency, which began in 1995 and ended in 2007, became a word-of-mouth sensation, drawing a diverse international fanbase eager to witness the spontaneous interaction of Krantz’s trio in an intimate, charged setting. While composition played a role in setting the mood and landscape of the music Krantz’s trio played at the 55 Bar, much of the material was purely improvised, pushing the players to their physical and mental limits as they exchanged ideas and textures, instantly reacting to one another in real time.

“I can’t say enough about that gig,” he reflects. “It was how I achieved what was most important to me – to have a real band, as opposed to a rotating collection of talented sidemen…with steady people, over time, powerful things begin happening that you can’t get any other way, no matter how talented the sidemen. You start developing your own language, and that’s a tangible thing that translates really well to an audience.”

Krantz’s 55 Bar era also heralded the introduction of a business model radical in its simplicity. Not long after each Thursday night’s show, a recording of that show was made available for sale on WayneKrantz.com as a digital download. These raw, immediate recordings were also drawn upon for a series of self-released live CDs, beginning with 1999’s “Greenwich Mean”, which introduced Krantz’s new trio of Tim Lefebvre and Keith Carlock, and continuing on with 2003’s “Your Basic Live” and “Your Basic Live ’06″.

In between 55 Bar gigs, Krantz performed around the world and took occasional session gigs, although sideman work gradually became less interesting to him as he honed his own unique approach. In 1996 he toured around the world with the revived Steely Dan, which he regards as an improvisational challenge that further sharpened his time-feel and sense of groove. “I loved it,” he said of the experience, “but at the end of the day it’s a sideman gig, and as great as it was, it still can’t compare to what I have with my own band.”

That thrill – the sound of three musicians both in sync and unafraid to challenge one another – is captured with gripping immediacy on “Krantz Carlock Lefebvre”, an album that handily defies categorization. Opener “It’s No Fun Not To Like Pop,” one of four tracks to feature a rare vocal from Krantz, is skeletal, Prince-inflected funk, whose stuttering rhythm veers into and out of surprising harmonies, creating increasing tension as the performance builds. Carlock’s drumming – thunderous yet nimble and responsive – steers “Mosley” as Lefebvre’s bass leaps from subterranean underpinnings to its upper register, where it alternately acts as rhythmic foil, melodic lead, and as a counter-melodic voice. Throughout the album, Krantz works through an array of guitar tones, from unaffectedly crystalline (“The Earth From Above”) to surging, howlingly distorted (“Holy Joe”). His statements, as composer, guitarist, and bandleader, are consistently subtle, unflashy, and yet profoundly musical and of the moment.

Krantz has long abandoned concepts of genre and style, as his path has become more personal, more searching. “It doesn’t bother me to evoke the blues or jazz or rock with my playing. These idioms have fallen into common domain now; nobody owns them, they belong to everyone,” he says, “but it does bother me to hear myself playing with the voice of another specific individual. It interferes with my search for the truth, which is basically what I’m about with this thing of music.” 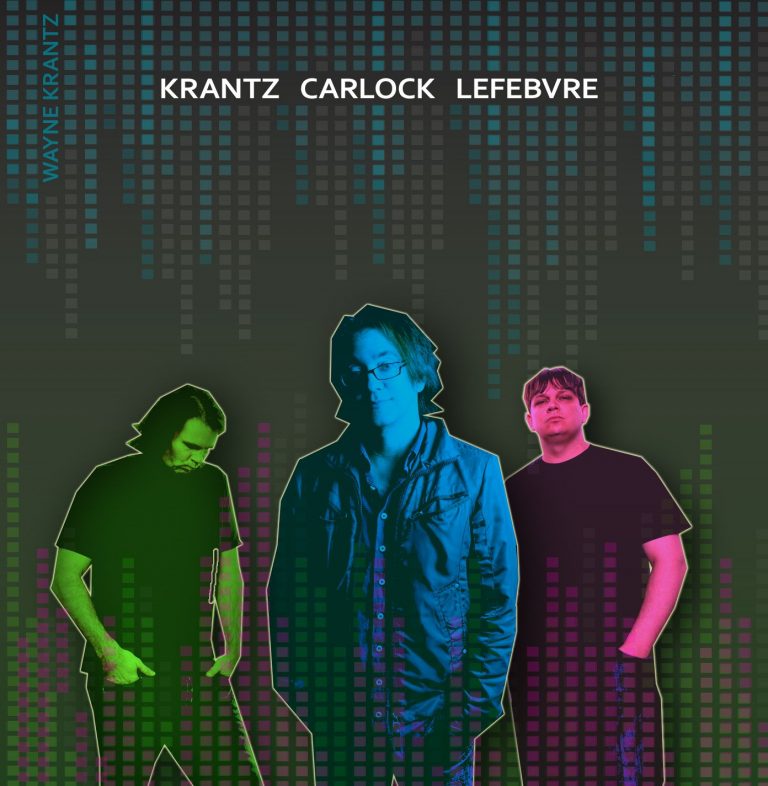 RELEASE DATE: AUGUST 18, 2009
All About JazzReview by Ian Patterson
Read More
"The challenges and freedoms engendered by recording with a serious outfit like Abstract Logix, for whom the music comes first, has helped fully reveal a music full of subtleties and imagination. Add to that the raw energy and bags of improvisational swagger that these three possess and what's left is a wonderful document of a trio whose life began in 1997.."
Buy
Itunes-note Amazon Bandcamp "This is not a Wayne Krantz release. It's a Krantz Carlock Lefebvre release." - Wayne Krantz 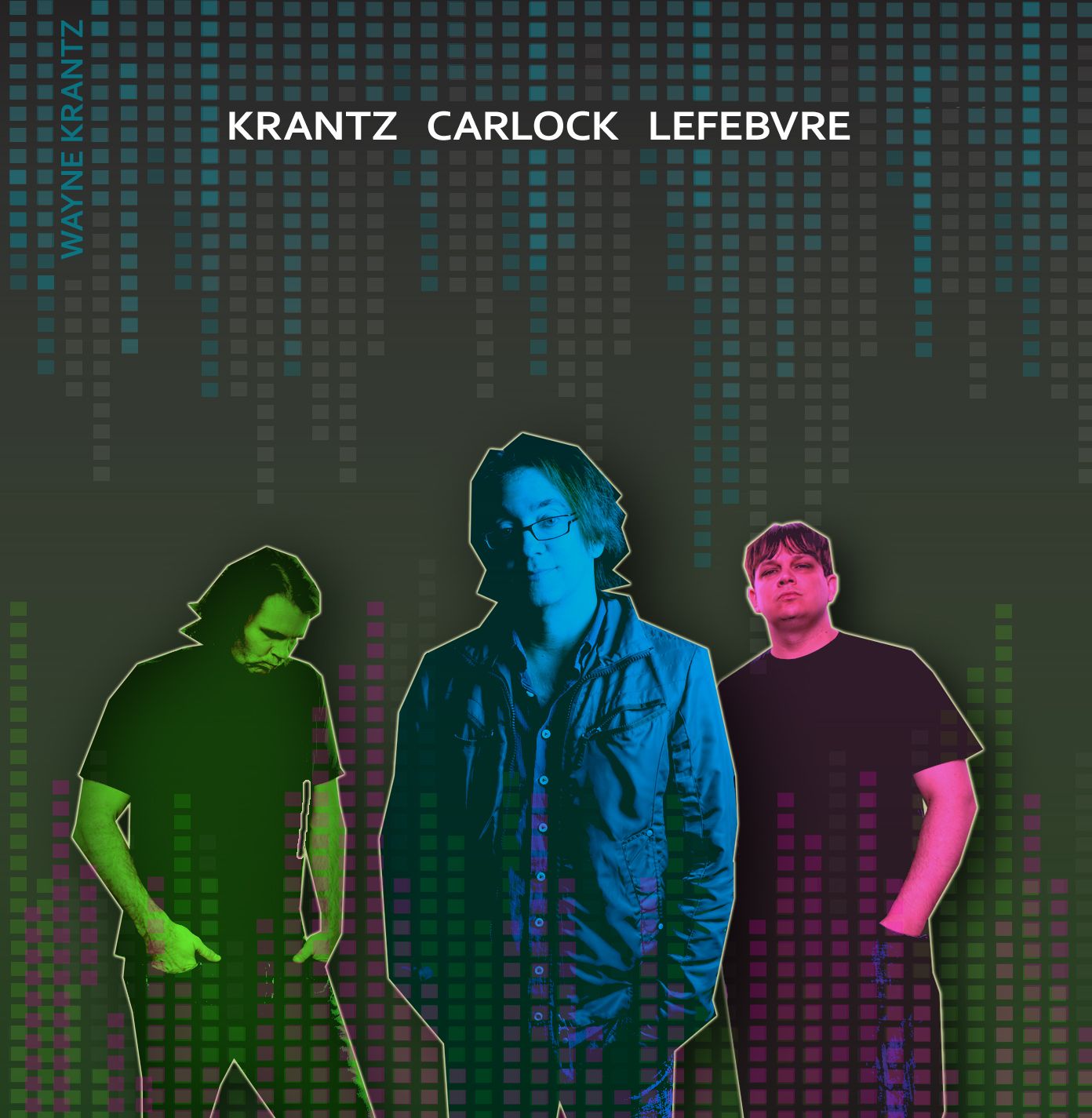